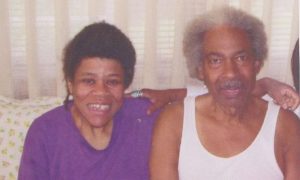 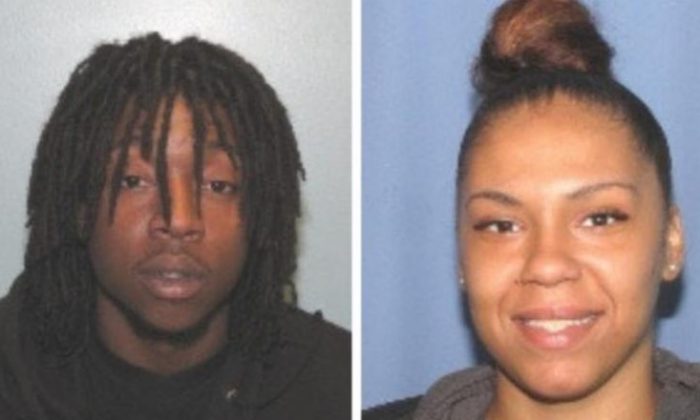 Dariaun Parker, 24, and Tierra Williams, 22, were sentenced to two years and 18 months in prison, respectively, on Jan. 25, 2019, for their roles in their 2-year-old daughter Wynter Parker freezing to death in February 2018. (Akron Police Department)
Crime and Incidents

The parents of a 2-year-old Ohio girl who froze to death after being left out in the cold were sentenced to prison time.

Tierra Williams, 22, and Dariaun Parker, 24, previously pleaded guilty to child endangerment and were sentenced on Jan. 25.

Wynter Parker, the couple’s daughter, wandered outside and accidentally locked herself out from their house in Akron. Parker was supposed to be watching her but he fell asleep.

The child died after paramedics rushed her to Akron Children’s Hospital.

Williams was incensed when she learned that she and Parker would be going to jail.

“That is so [expletive] up,” she shouted as she was handcuffed, reported the Akron Beacon Journal.

Angela Williams, her mother, tried to calm her down.

Both Williams and Parker were hoping to avoid jail time as their lawyers highlighted their lack of criminal records. Angela Williams begged the judge to give her daughter probation, noting that it would “pull apart” the family if she was sentenced to jail.

“We need to heal as a family and not be pulled apart with her being gone from her kids and her family,” Angela Williams said.

via @SWarsmithABJ: An Akron woman went into a fit of rage after being sentenced to 18 months in prison https://t.co/iNnyXLhaMV

But Assistant Prosecutor Dan Sallerson said that police officers had been to the couple’s apartment before because of their children being left outside.

“This is a dangerous situation that didn’t need to happen,” he said. “It shouldn’t have come to that. We do have a young child who died as a result. We do think prison is the appropriate sentence.”

Summit County Common Pleas Judge Alison McCarty said that the couple didn’t prioritize being parents and said they were responsible for the death.

“There can be potential danger everywhere,” she said. “You two did not have eyes on. Not a lack of love, a lack of attention. Not all of the time, but some of the time, which put both of the children at risk.”

She said that she would consider releasing them early.

“In the United States, certain populations (e.g., alcoholics; drug users; the elderly, homeless, and chronically ill persons; and those with pre-existing heart disease) are at increased risk for dying from hypothermia,” it continued.

“When your body temperature drops, your heart, nervous system, and other organs can’t work normally. Left untreated, hypothermia can eventually lead to complete failure of your heart and respiratory system and eventually to death,” it stated.