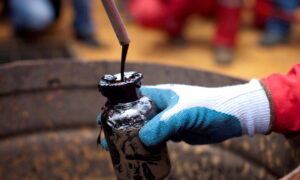 A 7-year-old boy has disappeared after his parents left him in a forest in a wooded area in Hokkaido, Japan, because he was misbehaving.

Around 150 rescue workers searched for the child on Monday. The boy, identified as Yamato Tanooka, went missing Saturday afternoon.

The parents apparently told him to get out of their car as punishment. Police said the parents initially told them that he went missing while picking wild vegetables, but they then admitted to leaving him behind “as punishment,” and the father said he returned to the site “immediately” but the boy was missing, a police spokesman told the Japan Times.

The boy’s father, Takayuki Tano-oka, said they left the child in the mountains on the way home from a park. They had scolded him for throwing stones at cars.

Move Over Tiger Moms—This ‘Eagle Dad’ Made His Son Run Through Snow at Age 4, and Now Has Him on a Crazy Study Schedule

The boy was wearing navy shorts, a black pullover, and red shoes, police said. He doesn’t have a cell phone, reported The Asashi Shimbun paper.

Police are now investigating whether the parents should be charged for child abandonment.

Police and firefighters had searched the mountain May 29, but they couldn’t locate the child.

The rugged woodland where the boy was left, near the town of Nanae, is famed for its population for Ussuri brown bear, which are one of the largest bears in the world. They can weigh as much as 1,200 pounds.

On social media websites, users said the parents should be criminally charged.

Sinead O’Connor Says She Will Sue Family, Claims They Abandoned Her ‘For Being Suicidal’

Many also expressed worry for the boy, as he had no food or water—heavy rain had also hit the region overnight.

Mitsuru Wakayama, a spokesperson Nanae, said it’s a remote area. “Not many people or cars pass by, and it gets totally dark as there are no lights,” Wakayama told the paper. “It’s not surprising to encounter bears anywhere in the area.”