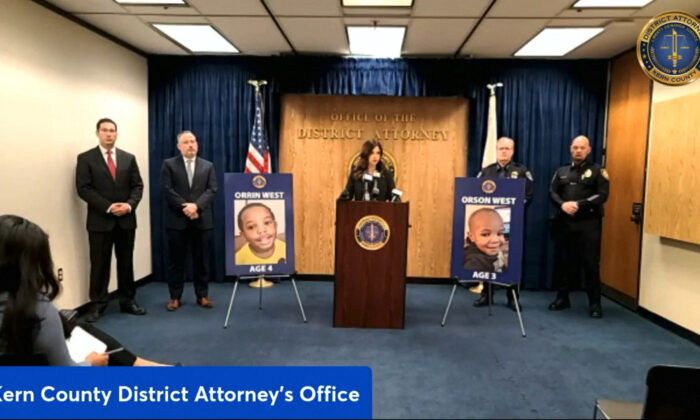 The adoptive parents of two small California boys who vanished in 2020 have been arrested in the killing of the children.

Orrin West, 4, and his brother Orson, 3, were reported missing from the family home in the desert town of California City in December 2020.

“One of the questions that I’m sure you would like to know is, have the bodies of Orrin and Orson been found,” Zimmer said. “And the answer to that is no, they have not been found.”

Both parents are charged with two counts of second-degree murder, two counts of willful cruelty to a child, and one count each of false report of an emergency, according to Kern County Superior Court online records.

They were held without bail and face “arraignment on indictment” on Thursday, according to the records. The records did not indicate whether they have attorneys to speak on their behalf.

The investigation involved searches in California City and Bakersfield, about 60 miles to the west, where the boys had lived before moving in September 2020.