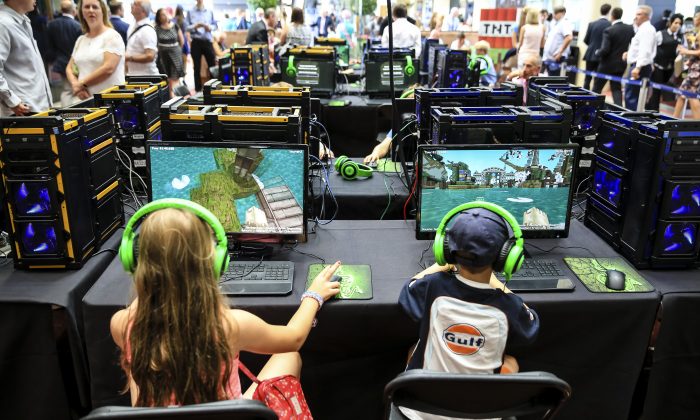 Parents Have Nothing to Fear From Video Games

We live in a digital age. Technology has become an integral part of how we see, learn about, and interact with the world. From computers at the office, to televisions at home, to smartphones on the bus or in the grocery line, many of us spend over half of our waking lives in front of a screen.

Naturally, some of us have begun to worry about the effects this may have on our mental and physical well-being, and this concern reaches a fever pitch when it comes to our children. A number of unsettling studies have associated excessive screen time in kids with numerous adverse conditions, including ADHD, obesity and depression.

But despite our fretting, technology isn’t going away, and simply cloistering our children from it is neither beneficial nor practical. To succeed in the modern world, children will need to embrace technology without being consumed by it. And the difference between these two fates lies in the hands of parents.

Children interacting with their caregivers foster what’s called a serve and return relationship—baby serves up a smile, mom returns it with one of her own. This intellectual give-and-take not only helps build and strengthen synapses—the connections between brain cells vital to complex thought—but also mediates the production of cortisol, a stress hormone that is important to our survival but highly damaging in high doses. And since children’s stress response systems haven’t yet fully developed, toxic levels of cortisol are a real problem.

Prolonged exposure to cortisol in childhood is linked to a number of intellectual and behavioral problems, many of which linger into adulthood. Tapping away in their bedrooms, children may very well be experiencing a kind of happy neglect, gleefully surfing or gaming while their lower minds struggle to process the endless stream of information pouring into them.

But an important distinction must be made: when it comes to feeding hungry brains, tablets and laptops aren’t inherently toxic. A recent study found that video games can disrupt children’s social and academic lives, but that this effect was entirely mitigated by a strong parent–child relationship. In households where this bond was strong, the pathologies associated with video game use—poor grades, antisocial behavior and the like—simply didn’t occur. What’s more, setting restrictions on children’s video game habits had no significant effect on behaviors.

While we don’t take these findings as an excuse to let children run wild with their console of choice (nor, we presume, do the study’s authors), we do feel that they highlight an important and often overlooked point: technology is neither good nor bad. It’s what we make of it that matters. If children grow up in a loving, supportive home, a few hours spent playing “Call of Duty” isn’t going to warp their minds.

In fact, computers, tablets, and even video games can be a great way for parents and children to bond. So if you’re a parent, read up on your child’s favorite topics on the Internet. Watch TV together and talk about what you’ve seen during the commercials. Play “Angry Birds” or “Draw Something” or “Fruit Ninja.” Whatever you do, make it interactive, and make sure you and your children do it together.

By putting aside this shared computer time, parents can give their children the chance to develop the full range of skills—technical and social—they’ll need to succeed in our digital age. Parents can also help ensure children don’t overload themselves on screen time, and buffer the flow of stress chemicals in their overstimulated systems.

Unsupervised use of technology becomes less of an issue as children grow, since they’ll develop a greater capacity for time management and an ability to moderate their own stress response systems. But online or off, it never hurts to spend a little more time together. So parents are advised to pick up the tablet, plug in the computer, grab the controller, and enjoy some digital family time together.

As a parent, you might teach your kids something. And considering how quickly they adapt to new technology, they’ll probably teach you something, too.

Nicole Letourneau is an expert advisor with EvidenceNetwork.ca and a professor in the Faculties of Nursing and Medicine at the University of Calgary. Justin Joschko is a freelance writer currently residing in Ottawa. Their co-authored book, “Scientific Parenting,” has been released with Dundurn Press. This article previously published at troymedia.com.