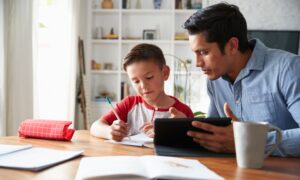 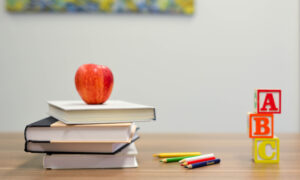 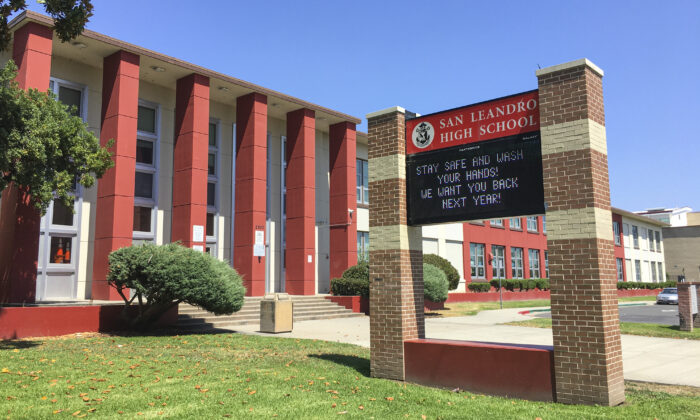 Parents Express Hope That Distance Learning Will Improve in Fall

SANTA CLARA, Calif.—Next to a quiet street is an even quieter school. Normally thriving with students, it now sits empty, with the doors closed and the lockers and desks collecting dust.

This could describe any of a number of schools in the San Francisco Bay Area, where schools have been closed to in-person teaching since April due to the CCP virus (commonly known as the novel coronavirus). Students have been taking classes from home, and parents have been adjusting their schedules for this reason.

Now that some school districts have announced that they plan to start the new school year with distance learning, parents are sharing concerns about this but also expressing hope that distance learning will be better in the fall.

The Epoch Times called several parents to hear what this past spring was like and how they feel about the new plan.

Kimberley Williams is a full-time working mom of a 10-year-old daughter in the Santa Clara Unified School District. She felt disappointed in the spring, as nothing went perfectly.

“I’m not going to sugarcoat it. It’s hard to juggle kind of being there with your kid, giving her what she needs as far as being able to ask questions about assignments. Because you kind of fill in for that teacher role,” Williams said.

Lonette Cooper is a mother of five daughters, ranging from a toddler to a high school graduate, in the San Leandro Unified School District. She works graveyard shifts about 30 hours per week and normally sleeps during the day, but she has gotten less sleep since her kids started distance learning.

Her husband has a set schedule and works across the Bay in San Francisco, so they cannot flexibly alternate.

They have to be strategic to have a quiet space for online Zoom meetings, because their apartment is small. She is concerned that her children are not as attentive with distance learning as they would be in a classroom setting, so she has had to fill the teacher’s role.

Albert Ko is a father of four children, ranging from fourth grade to college, in the San Francisco Unified School District. He is also the executive vice president of the Second District of the California State PTA.

He said it was hard getting the younger ones to focus on Zoom calls.

Both he and his wife work full time. As an essential worker, he goes to work every day. His wife has been telecommuting, but when she does need to go in for work, they trade off.

“When she goes in, then I have to flex my work schedule so that I could be at home to watch the kids and help them,” he said.

Lydia Oey is a mother of a middle schooler and a high schooler in the San Leandro Unified School District. She was overwhelmed trying to juggle her workload while monitoring her children’s well-being.

“I don’t know how single parents could have done it. How can you take care of your own child, especially the seventh grader who would go to different sites and gaming and chat rooms and everything?” she said. “And then I would have to have my own Zoom meetings. You can’t have people talking to you at the same time as you’re trying to focus. It was crazy.”

She tries to set up a chore chart to get everyone to help around the house.

“I can’t make all the food; let’s organize a food chart. And then, okay, I can’t do all the housework. Okay, who’s got Monday bathroom, who’s got Tuesday floors, or whatever,” Oey said.

She feels frustrated when it does not always work out and she ends up doing it all.

Maria Chierichetti is a working mom of three children in the Santa Clara Unified School District. Two are in elementary school, and the youngest is a toddler.

She was able to balance her full-time job and kids, thanks to the help of a hired worker. But the worker recently finished her job and returned to her home country, so now Chierichetti worries about juggling the duties with her husband in the fall.

Working to Improve in Fall

The parents look forward to having a better experience in the fall by adjusting their schedules to be more flexible.

Both Williams and her husband work full time at home, so they can take turns helping their daughter.

“We get together, we talk about what calls we have and meetings, and we figure out how we can best support her, depending on her school schedule. We just map it out,” she said. “What I end up doing is taking more of a break in the middle of the day, which I’m lucky to do. My boss is open to that. And he takes on more of the evening stuff, and I just work a little bit later.”

Similarly, Chierichetti and her husband have to take care of their kids themselves, since they do not have relatives in the area to help.

Chierichetti is freer in the summer, but in the fall she may hire another worker and send her toddler to daycare. She imagines she will work a lot of early morning and late night shifts.

“I wasn’t very happy with the distance learning that they did this year [in spring], but there seems to be a lot of changes to the new plan [in fall], so hopefully the kids will be able to progress with schools,” Chierichetti said.

Lien Dang is the mother of an 11-year-old and a 13-year-old in the Evergreen School District in San Jose. She has been working from home and goes to work once a week. Her husband is an essential worker and goes to work every day.

Dang prefers that her children stay home rather than using a hybrid arrangement, because she is concerned about setting days to watch her children at home. She also doesn’t want her mom to watch her kids, for fear that the elderly are more vulnerable to the virus.

“If they go back to school, there’s a high chance that they will be exposed to a lot of people,” Dang said.

To make up for the lack of social interaction, she often tries to take them out to hike or visit close friends and relatives.

Oey will have to manage most of the situation on her own, since her husband has gone back to work. Her job will be more organized, and she can work around her kids’ schedules. For now, distance learning is far better than being exposed to the disease, she said.

Ko and his wife will juggle their schedules to fix their kids’ schedules.

“We have more flexibility in our own work schedule. We can reschedule meetings, but they can’t reschedule classes. So those are the things that are immovable objects, and we’ll just put those down on the calendar first and just coordinate,” he said.

Ko said that luckily each person has a device and enough space to spread out—“one in the bedroom, one in the kitchen, one in the dining, and one in the office.”

The Santa Clara Unified School District released a draft of the planning timeline and guiding principles to start on Aug. 17.

On behalf of the Second District of the California State PTA, Ko emailed The Epoch Times a statement.

“The safety and welfare of our children are paramount, and while distance learning in the fall is not preferred, it is a necessity at this time. Distance learning creates a plethora of problems for parents, however, who oftentimes have to stay at home to help facilitate learning while also working from home concurrently.

“To deal with the non-instructional issues, parents are leveraging heavily on technologies—using phones and tablets for playdates and meet and greets to socially interact and creating Zoom calls for a virtual happy hour for parents and PTA meetings,” Ko wrote.

He also mentioned that they suffer socially and emotionally, and he suggested nearby outdoor activities as a solution.

Other districts are still taking surveys, planning, or looking into hybrid options as of the time of this writing.

“Science will determine when a school can be physically open—and when it must close. But learning must be non-negotiable,” he tweeted.