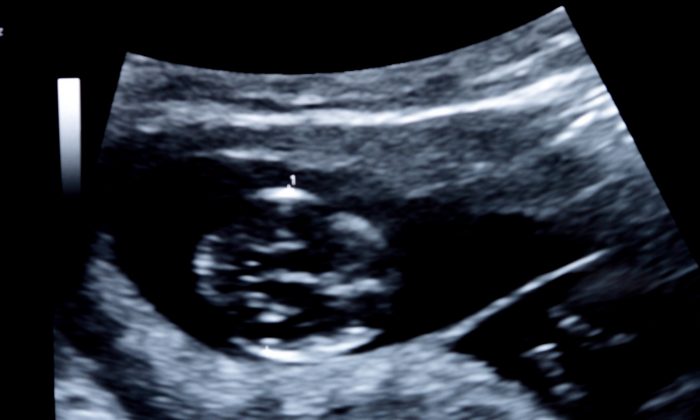 A stock photo of an ultrasound (Illustration - Shutterstock)
Trending

The parents of an Omaha boy who was born with a severe cleft palate shared their story about a stranger’s kind offer after the child was bullied.

“They asked us if we wanted to keep the pregnancy,” said father Chris Eidam, according to WOWT. He was recalling the moment doctors told them that the child would be born with the disorder. Ultimately, they decided to deliver the child, Brody.

“We were really caught off-guard,” said Sara Heller, the boy’s mother, of their reaction to their son’s ultrasound images.

TBT- July is Cleft and Craniofacial awareness month. For me it is a reminder of how STRONG my son is and how far he’s come. What does it mean to you? Whether you are just getting a cleft diagnosis or if you’re further ahead in your journey than we are I want to hear from you! “Beyond the face, there is a heart” #cleftstrong #cleftproud #cleftcutie #brody

She added: “I mean you can see he’s just a regular normal baby.”

After he was born, Heller and Eidam posted photos of Brody to social media on a regular basis.

“It is OK to be proud of your baby no matter the circumstances,” Heller said, according to Today.com. “We wanted to change what ultrasound/newborn/first year pictures on our Facebook/Instagram accounts looked like. We wanted to spread awareness of cleft lips and palates.”

Most of the comments she received were supportive, but one time, she was taken aback.

“What’s wrong with your son’s face?” asked one person on Facebook.

“He’s three months old and being bullied?” Heller then questioned. She thought that the comment would be the first of many to come.

“My job as his parent and his advocate is to tell his story,” she said.

Shortly after the comment, during a night out at dinner with a friend, Heller said Brody got a surprise.

“I’m just thinking what could this be? It’s probably some nice message on a napkin,” she told WOWT. But instead, “It was a check!”

It wasn’t clear if the check was in relation to the negative comment she had received.

“The generosity of a complete stranger restored our faith in humanity,” she said, according to Today.com. “Being Brody’s parent has taught me that people care. Strangers all over the country want to hear his story, and they want to pray for him.”

According to the report, the $1,000 helped pay for some of the child’s medical expenses. Weeks later, the child had lip surgery and photos show that he appears to be healing well.

Heller said she has received a great deal of emotional support, which she appreciates.

How is this little looker already going to be two in TWO days? He’s taught me so much this past year— i.e. if you give a toddler 10oz of milk before bed he’ll wake up in soaking wet pants, luke warm coffee really isn’t bad when you’re exhausted, and that unconditional love is a 2 way street. Brody- I love you more and more each day! Thank you for making me better simply by being you ❤ I’ll give you all a big Brody update later this weekend.

“This experience has shown us just how strong the cleft community is. We’ve been contacted by people all over the country … they are praying for us and asking us to reach out if we need anything,” she explained.