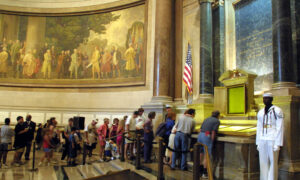 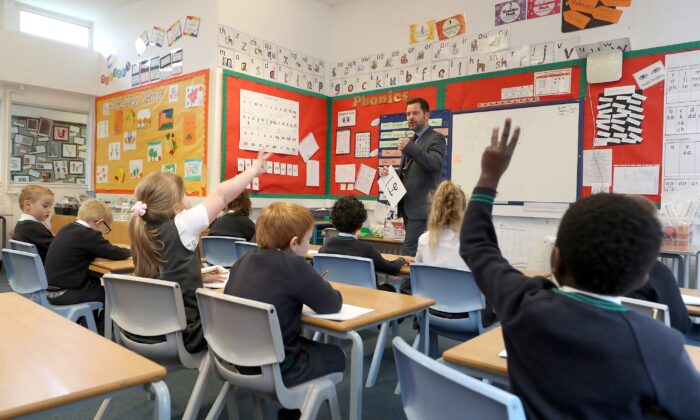 Pupils during a lesson in a classroom in a file photo. (Martin Rickett/PA)
Education

The Biden administration has sparked controversy for endorsing elements of critical race theory (CRT) in education programs, and the latest polling reveals a source of that concern.

A poll released by the Convention of States Action found that many Americans are opposed to critical race theory in curriculum, and are open to removing their children from public schools to avoid it.

According to the group, “38.1 percent of Republican voters say parents who oppose Critical Race Theory should remove their children from public school if CRT becomes part of their children’s curriculum–compared to 20.9 percent of Democrats and 22.9 percent of Independents.”

And “29.1 percent of American voters say parents who oppose Critical Race Theory should teach their views at home without interfering at school if CRT becomes part of their children’s curriculum.”

A key finding of the poll suggests Republicans may be more likely to run for their local school boards in response to the push for curriculum based on critical race theory.

The group found that “33.2 percent of Republican voters say parents who oppose Critical Race Theory should run candidates and work to take control of local school boards if CRT becomes part of their children’s curriculum.”

Only 17.6 percent of Democrats and 20.8 percent of Independents feel the same way.

“Poll after poll shows that parents are exceptionally angry at schools teaching state sponsored racism disguised as ‘Critical Race Theory’, so we wanted to discover what parents believe should be done,” said Mark Meckler, president of Convention of States Action. “A majority feel so strongly about this issue, they either advocate taking over the local school board and reversing this trend, or pulling their kids out of school altogether in favor of private, religious, or homeschool. Republicans are even more intense about taking action, and clearly are not going to sit on the sidelines this fall.”

The poll comes as a national debate unfolds over the role critical race theory should play in American politics, especially the education system.

The critical race theory debate ratcheted up after the Department of Education unveiled a proposed rule in April that altered DOE grant awards to give preference to schools that embraced content from the “1619 Project.” The “1619 Project” is a hotly contested reading of American history published by The New York Times that argues America is fundamentally racist today and has been since its founding, a core tenant of critical race theory.

Secretary of Education Miguel Cardona walked back the federal agency’s preference for critical race theory ideas in grant awarding earlier this week. His comments came after prolonged backlash from Republicans and tens of thousands of official responses submitted to the DOE criticizing the proposed rule.

However, aside from Cardona’s rhetoric, no official changes have been made to indicate that the rule will be altered or DOE policy will markedly shift going forward.

The critical race theory issue has stirred up grassroots opposition and become a key area of focus for Republicans.

“Instead of equality, critical race theory frames race, not character, as the focal point of the human construct, implying that one’s racial identity defines who they are and who they will ever be,” Rep. Vicky Hartzler, R-Mo., said on the House floor. “To the average American living outside the swamp bubble, this idea is ludicrous.”

The poll was conducted last week by the Trafalgar Group and surveyed more than 1,000 likely 2022 voters.