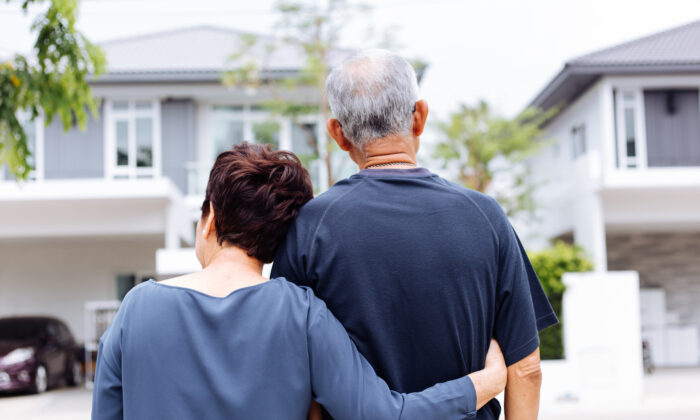 Parents are fighting for custody of their child. (twinsterphoto/Adobe Stock)
Australia

A mother and father in Australia are battling for custody of their child after a court ruled them to be “abusive” for refusing to allow their child gender reassignment treatment after the child was taken from their home by police.

The parents, who are appealing to overturn the decision, claim that their 15-year-old child had not expressed any doubts about their gender or showed signs of dysphoria prior to their removal from the family home.

Meanwhile, they said they were only alerted to the issue when staff from a gender dysphoria ward at a children’s hospital told them the child had gender identity issues.

“We were so shocked. We didn’t even know about these things,” Albert and Helen told The Epoch Times on Sep. 3. The Epoch Times has agreed to give the parents pseudonyms for the protection of themselves, their child and those involved in the case.

From the facts of the case, it is understood that this is the first time in Australia where the state has taken a minor away from their parents, despite them both disagreeing with the child’s self-defined gender identity.

Albert and Helen have not seen or spoken to their child for close to two years.

They stated that they thought it was absurd that the child “needed protection” from the hypothetical harm they could pose and described how the police removed their child from their home without the parents’ explicit permission.

Recalling the night, Helen said the whole family were together for a get-together, and their child was in their bedroom when they heard a knock on the door.

“I was just amazed to see police in front of my door,” Helen said.

The parents, who had no previous criminal record, said they were completely surprised and that they first thought their child had gotten into trouble when the police asked to speak with them.

Albert said that shortly afterwards, two male police officers entered the family’s home and said they needed to talk to the child outside. But, instead, they proceeded to escort the child into a police vehicle with tinted windows.

Albert said he pleaded with the police to explain what was happening, at which point the officers did not provide any details, only saying they were going to a local children’s hospital.

“I tried to look through the dark window to see my child, and I tried to talk to them, but they didn’t open. So they just drove away.”

“They drove away with my child,” he said.

“At that stage, I thought it was an abduction. I thought, ‘Wow, this can’t be. Did these people just abduct my child? Is it really policemen?’ I thought they were men dressed up as policemen.”

Albert said he and his wife tried to follow the vehicle, but they were unable to keep up with them.

“So we just went to the hospital, and luckily they were there,” he said.

Helen explained that, despite begging to see their child at the hospital, the staff refused and did not offer an explanation as to why the child had been taken there.

The next day, Albert was told his child was taken to the gender ward at the children’s hospital.

Albert said that nurses and the psychologist at the ward told him that their child would now be identifying as a boy and that the mention of suicide required immediate gender transitioning action. The staff at the mental health ward also refused to allow the child to see an independent psychologist to confirm their diagnosis.

He said that later on, when the hospital had approached the child’s previous psychologist, the psychologist said that gender diversity was not brought up in conversation.

To this day, Albert and Helen said that they still were not given the opportunity to provide their child with an independent assessment.

Further, the father said he was immediately pushed by a psychiatrist at the hospital to give consent to allow for hormone treatment and gender reassignment surgery.

“They wanted us, then and there, to approve and start treatment—testosterone, cutting [their] breasts off … that’s what they wanted us to give approval for,” he said.

Albert and Helen also alleged they were “coerced” into signing off on the treatment due to the mention of suicide, and were asked if they would “rather have a dead daughter or alive son.”

Holding back tears, they explained they were no longer allowed to speak with their child, even on the child’s birthday, while the child remained in hospital. They said that they had only wished to provide their child with love and support.

“We absolutely want to do the best for our children. We love her. We want to tell her we love her—but even that’s considered abuse.”

Albert and Helen also believe they were targeted for their religious beliefs, which they said was used against them. They also noted they constantly felt bullied.

“One of the hardest things for me is that they tell you ‘you’re this bad parent,'” Helen said. “That ‘you’re abusive,’ ‘you’re not a good parent for your child.’ Even though you know you’ve done everything for that child.”

The Epoch Times reached out to the relevant authorities to confirm the parents’ allegations, and whether or not the actions taken in this case were according to their protocols but did not receive a reply at the time of publication.

Albert and Helen claim that their teenage child had never brought up gender identity issues previously and that they only found out after police took their child to the hospital.

Albert and Helen, both highly qualified professionals, said their child was an ordinary, rebellious teenager who was both academically bright and very skilled in art.

Helen  explained that, to them, their child felt like an only child after becoming the centre of attention when their older siblings went on to university.

“We spent lots of time together,” Helen said. “[They] would just come and hug me, we would talk, and we were very open.”

Helen explained that her child had felt depressed after they moved from the country at a young age, leaving them without many friends.

The parents also said they had taken their child to see a private psychologist to provide them with additional support.

Albert and Helen believe that it all began when their child uploaded drawings to websites, which attracted attention and messages from strangers online who they allege used grooming techniques to encourage their child to explore a new gender identity.

According to the parents, their child began drawing a Japanese style of cartoon, and later progressed to drawings of human-like animals, which they now know to be “furry art.”

However, the family alleges that the online messages from strangers gradually evolved into conversations that estranged the child from their parents.

“First, it was planting seeds very subtly, using language like, ‘Do you feel different from your family, because they don’t get you?'” the parents said.

The parents then noted it progressed to comments such as, “your parents are oppressing you,” “you’re safe to talk with us,” “you’re mature for your age,” and that they frequently used what they termed “safe talk.”

The parents alleged that these individuals suggested that the child was a “victim of society,” and that “society boxed women in.” They explained that the messages encouraged and affirmed the child when they began to express doubt in their gender identity.

This allegedly included being directly told that if they felt suicidal and mentioned “suicide” to a teacher or friend online, that the “police would rescue you from your abusive family.”

Not Alone in the Experience

Albert and Helen are not alone in their experience. A spokesperson for the Australian branch of the group Parents for Rapid Onset Gender Dysphoria (ROGD) told The Epoch Times on Sep. 12 they have been contacted by close to 100 families experiencing a similar situation.

The group’s spokesperson said that Albert and Helen’s situation had been almost identical to numerous families across Australia.

“When you start talking to them, it’s scary how similar they are,” the spokesperson said.

The spokesperson explained that every single parent that reached out to the organisation, including internationally, said that they were at some point presented with a coercive ultimatum: “would you rather have a dead son or a live daughter,” or vice-versa—unless they immediately affirmed their child’s new chosen gender identity.

“They’re all talented artists; most of them have been bullied at school. Most of them have had some sort of personal trauma. They’re the ones who have trouble fitting in.”

The spokesperson said that almost all of the children drew “Anime”—Japanese-style cartoon characters—and became involved in online discussions with strangers on websites such as DeviantArt, Reddit, Instagram, Tumblr, Discord, TikTok, and others.

Many children were also influenced by online media, including watching adult YouTube video makers who provided updates on their gender transition progress, they said.

But it was not just the online environment that was an issue. The spokesperson also said that the influence of teaching and encouraging children to explore their gender identity existed beyond the internet and was prevalent in Australia’s education system.

In particular, they said that “Minus18” was one of several online organisations whose resources are regularly used as part of sexuality education in both public and private schools and in teaching and promoting gender diversity issues in high schools.

According to their website, Minus18 is a national not-for-profit charity whose mission is to create an Australia free from discrimination for all LGBTQIA+ youth. They believe their work provides young people in the LGBTQIA+ community a sense of belonging and inclusion which they say assists with integration into society and benefits mental wellbeing.

“Minus18 offer a range of support services to LGBTQIA+ young people across Australia, employing youth workers to ensure our programs are age appropriate. We work hard to build strong relationships between young people and their families, and provide advice for parents to have open conversations with their children about sexuality and gender,” Micah Scott, Minus18’s CEO, told The Epoch Times via email.

However, the spokesperson for ROGD said that some of the organisation’s material taught to children was troubling.

They noted that Minus18’s lesson on “Ways to play with your gender expression” included teaching young teenage boys how to “tuck” their genitals to appear more feminine and ways for girls to “bind” their breasts to appear more masculine.

The ROGD spokesperson was also concerned that Minus18 was teaching children how to hide their browser history from parents, such as when trying to meet up with other LGBTQIA+ members without their parents’ knowledge could alienate children from their parents.

This was explained to children in an article titled “Cover Your Tracks,” which has since been deleted from their website but which The Epoch Times was able to access using an internet archive.

“Making sure no one sees what you’re searching for online is kind of an important thing when you’re not out. Nothing worse than having someone see that your last google search was for “Gay teens Melbourne” Am I right?” the Minus18 article stated.