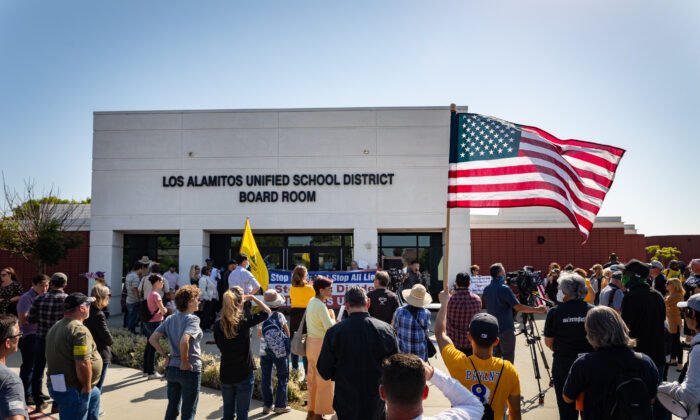 California School Board President Curses at Parent During Public Comment

A California school board president was caught swearing on camera toward a parent providing public comment at a recent board meeting.

Marlys Davidson, president of the Los Alamitos Unified School District (LAUSD), was heard cursing at parent Lauren Roupoli after Roupoli spoke out, during public comment, against the K–12 vaccine and mask mandate.

Following the incident, Davidson issued an apology regarding her comments during the Nov. 2 meeting.

“I reaffirm my commitment to serve our community with dignity and integrity, and I hope they will accept my sincere apology,” Davidson said in a statement to KTLA.

While Davidson was not heard by the audience inside the board meeting, those watching online heard the president say the curse words toward Roupoli.

Upon realizing the incident, Roupoli was speechless and in disbelief of the comment that occurred at one of her first public comment appearances.

“It just shows the amount of respect she does have for these parents, and it’s sad that it took the hot mike to expose that,” Roupoli said. “Some were saddened to just see the true colors of how they really feel about the parents, because if it was the other way around, I would have been labeled a domestic terrorist, and probably escorted out.”