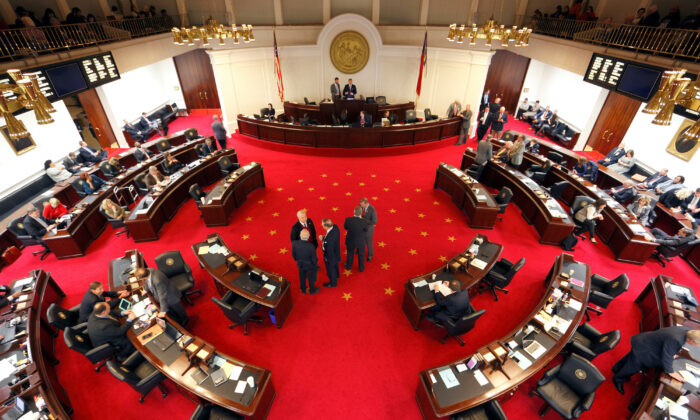 A bill aimed at strengthening parental rights in their children’s education and upbringing that also prohibits classroom instruction on LGBT sexual orientation and gender identity has advanced through North Carolina’s legislative body.

Teachers of children in kindergarten through to the third grade would be prohibited from providing classroom instruction on sexual orientation and gender identity under the piece of legislation. It would also require parents to be informed if a child has asked to be called by another name or addressed by a different pronoun.

In general, school administrators and employees would not be allowed to keep secret from parents any information related to the “mental, emotional or physical health or well-being” of their child. School administrators would also have to seek parental consent before providing a child with any counseling service or other non-emergency health care.

House Bill 755, known as the Parents’ Bill of Rights, passed in the state’s GOP-controlled Senate on Wednesday and will make its way to the state’s House, which also has a Republican majority.

The bill is “critical and common-sense,” said its main advocate, state Sen. Deanna Ballard, a Republican from Watauga County, when speaking on the Senate floor. She described it as a “safeguard for all of our students.”

North Carolina’s governor, Roy Cooper, a Democrat, has spoken against the bill and is expected to veto it.

Similar pieces of legislation have emerged in many U.S. states as concerned parents and conservative lawmakers push back against the trend of teaching adult topics such as sexual orientation and gender identity to elementary school students.

Prior to the bill passing in the state’s Senate, a former K-3 teacher spoke in support of the legislation, saying that when there are attempts to “water down the curriculum with political ideology and try to indoctrinate children,” that teachers cannot do their jobs, News Observer reported.

The bill includes strong provisions that allow parents to bring lawsuits against the schools if it fails to address concerns about their parental rights. Health care providers could also be liable if they fail to obtain parental consent before giving non-emergency medical treatments for their child, with penalties, including fines of up to $5,000.