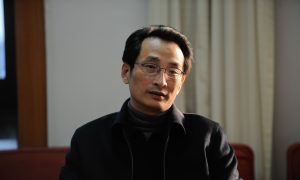 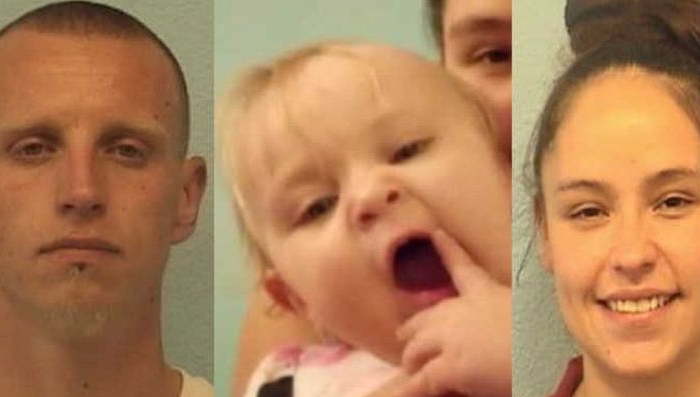 David Zuber, 26, and Monique Romero, 23, were charged with child abuse resulting in the death of their girl, Anastazia Zuber (APD)
US News

A couple in New Mexico was arrested on Jan. 4, after their missing 1-year-old daughter was allegedly discovered buried in a backyard, according to officials.

David Zuber, 26, and Monique Romero, 23, were charged with child abuse resulting in the death of their girl, Anastazia Zuber, reported the Albuquerque Journal.

Anastazia was reported missing two days prior to when she was found.

Detectives exhumed the girl’s body after Zuber told them where he had buried her.

Her body was also found weeks after police conducted a welfare check on Dec. 18, and were not aware of her death, reported the Journal.

Zuber, who is known as “DJ,” told his mother, Eva, in December that his daughter drowned in a bathtub, according to KRQE.

Police said Romero told detectives that the baby drowned after she was left alone in the tub with her other child at an Albuquerque apartment last month.

“It’s tough for detectives to go out to a location, dig a hole and find a dead baby in a bag,” Albuquerque Police Department spokesman Simon Drobik told the newspaper.

Drobik added that they “then have to build a case around it,”  describing the situation as “just horrible.”

According to a criminal complaint, as reported by KOB-TV, Romero said her daughter was unresponsive after leaving her in the tub. She, however, did not seek medical attention for the girl.

Instead, she told officials Zuber left the apartment with the girl’s body.

He returned and told her, “It was taken care of,” the complaint stated.

Zuber’s family asked Albuquerque police to check on the child on Dec. 18, prompting an officer to carry out a welfare check at their apartment. Bur Romero told the officer that the child was with her sister, the complaint said, according to the Journal.

At that point, the child was still missing. It’s not clear why police didn’t seek the public’s help in locating their family sooner, the Journal noted.

He said Albuquerque police chief Michael Geier launched an internal investigation to see if officers followed the proper protocol in the case.

The couple’s two other children were found with the parents and are now in the care of the New Mexico Children, Youth and Families Department, Drobik said.

Drobik elaborated on the case to local station KOAT.

He said Romero and Zuber also face charges including evidence tampering and conspiracy.

“We’re saying that we believe we have enough evidence to charge this mother and father with abuse of a child, resulting in death and it comes down to the two parents who perpetrated this crime, and now we have a long investigation to do,” Drobik said.

The office of the medical examiner has not released the official cause of death yet for the toddler, KOAT reported.