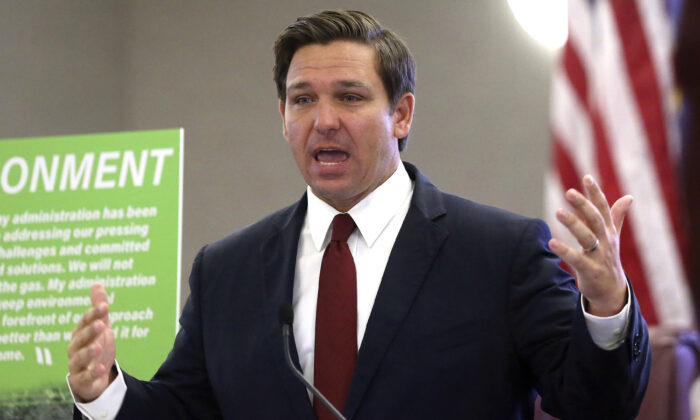 Florida appears to be leading the way when it comes to making sure state law reflects the importance of parental rights.

In comparison to states such as California, which looks like it’s trying to tear apart the nuclear family and any semblance of common sense, Florida’s laws are looking to provide guidelines for parents under the presumption that, most of the time, parents know best and have their children’s best interests in mind.

Republican State Sen. Kelli Stargel sponsored SB 1634, which, according to the Tallahassee Democrat, would “allow parents to keep their children out of class on days when subjects they may disagree with are taught—including evolution, sex education and human influence on climate.”

It seems like parents should have already had the right to do this anyway, and Stargel clarified that’s true, but her bill would explicitly state this in law.

The bill went before the Senate Education Committee and must go through one other committee before it hits the Senate floor for debate. Stargel explained to the panel that it would make sure parents can “direct the upbringing, education, and care of their children,” calling out those who would remove kids and replace their parents with the state just for parenting differently. I’m not sure if Stargel was hinting at any political affiliation, but I’ve seen both the far left and far right do this.

A blog on Patheos called the “Friendly Atheist” criticized the bill with what is likely an unusual but unfortunate perspective that I fear may be growing among the progressive left—that is the concept of “children’s rights”:

“In fact, children are not possessions, and they don’t ‘belong to’ their families or the state. They are individual human beings with rights and interests of their own.

While of course, some children are subject to abuse, alcoholism, and extreme poverty or neglect—and some parents should lose their rights, whether temporarily or permanently, due to that—there are provisions for those situations in every state.

Laws like the Florida bill are geared toward educational topics that are progressive, extreme, and with which parents may disagree. While state schools are far from perfect, if a school administrator confuses a parent’s right to protect a child’s educational choices with parental abuse, this would pose a different problem entirely.

Florida lawmakers also just passed another controversial bill about parental rights. This time, this bill requires minors to get consent if they want to acquire an abortion. The bill states that “the physician must make reasonable attempts, whenever possible, and without endangering the minor, to contact the parent or legal guardian of the minor,” and doctors who perform an abortion without the appropriate proof that the parent has given consent could be charged with a third-degree felony and face prison time.

The bill passed 75–43, with a handful of Democrats voting for the bill. Gov. Ron DeSantis is expected to sign it even though local abortion groups like Planned Parenthood, opposed the bill and called it unconstitutional.

Contrast this with California’s charge to remove a parent’s rights, whether it’s about abortion, birth control, sex change hormone treatments, and more. It’s nonsensical at best, appalling at worst.

It was revealed recently that the California Teachers Association (CTA) is pushing a policy that would allow kids to keep confidential some of the most pertinent and potentially devastating information a child could harbor.

As The Epoch Times previously reported:

“CTA believes comprehensive school-based health care clinics are needed to bring caring and responsive services to young people. The clinics shall provide cisgender, transgender, and non-binary youth equal and confidential access to decision-making rights for students and their families.”

The Family Research Council reported this move could keep parents in the dark while their kids pursue activities that could ultimately be harmful. They noted that California has allowed students to assume a different gender identity without notifying parents since 2013, and other states—such as Michigan, Wisconsin, and New Jersey—have followed suit.

Many children don’t know what’s good for them—I always joke mine would eat ice cream all day and skip school if they could—so why would state laws and policies allow for minors to make important choices about things like abortion, hormone replacement, and even education issues, without the knowledge or guidance of their parents?

Of course no parent is perfect, but it stands to reason most parents want the best for their kids, and they try to provide them with a safe, secure, healthy home environment. While there should be provisions for extreme situations—like abuse—generally speaking, it’s vital that parents maintain the right to raise their children according to their beliefs and traditions, and state laws must reflect that.