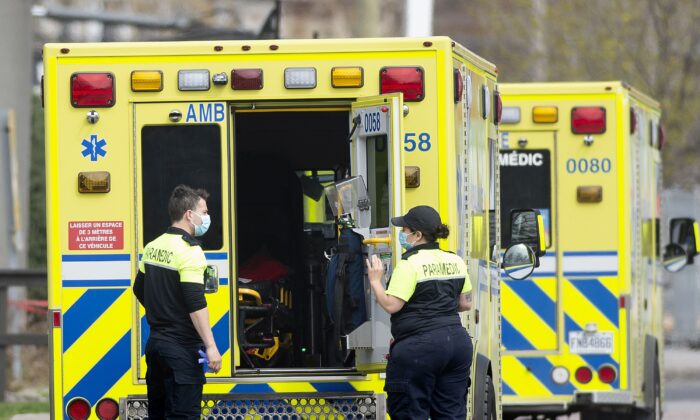 Paramedics prepare to transfer a patient to a hospital in Montreal in a file photo. (The Canadian Press/Graham Hughes)
Canada

MONTREAL—Paramedics working at 40 Quebec ambulance services across the province, including the provincial capital, began a strike on July 1.

Daniel Chouinard, the president of the union that represents the paramedics, says the strike won’t affect the level of care provided to patients due to the province’s essential services law.

He says the strike will see paramedics stop doing certain tasks, such as completing billing forms and limiting the hours when non−urgent services like transporting patients home from hospitals are offered.

Chouinard says the union wants the same salary and retirement conditions as other health−care workers in the province.

The union, which represents 2,500 pre−hospital service workers including paramedics, has been in negotiation with the provincial government since September 2021.

Outside of the cities of Montreal and Laval, ambulance services in Quebec are offered by private companies who contract with regional health authorities, though salaries are set by the province.

“Essentially, we want our salaries to catch−up ,to be the equivalent of police officers, firefighters and nurses. We’re an emergency service, we want parity in that,” Chouinard said in an interview.