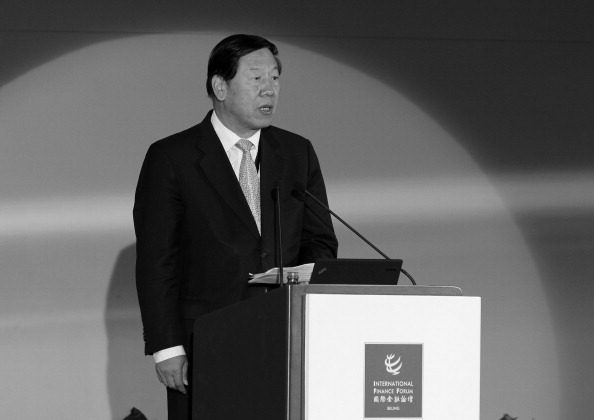 This is version 2.0 of the Panama Papers. The International Consortium of Investigative Journalists (ICIJ) has published findings from another batch of leaked documents, called the Paradise Papers, showing how the richest in Europe, North and South America, Asia, Africa, and the Middle East have used offshore accounts to hide their wealth or shift their money around in secret—activities that are considered legal, but are a slap in the face to their respective countries’ taxation systems.

In China, the Paradise Papers revealed that Che Feng, son-in-law of Dai Xianglong, the former governor of China’s central bank, had, through a complicated set of transactions, ended up with HK$114 million (about US$14.6 million) in preferred stocks through his offshore company registered in the British Virgin Islands, between 2009 and 2013.

Hong Kong newspaper HK01, as one of 100 media companies that have partnered with ICIJ in the investigation, published the report on Che.

The investigation into Che Feng’s finances exposed his ties to Chinese officials in the finance sector and state security apparatus.

Che’s stock dealings were traced to the Charoen Pokphand Group, a Thai conglomerate located in Bangkok and run by Dhanin Chearavanont, CEO and chairman of the company and its subsidiary C.P. Pokphand, which is listed on the Hong Kong Stock Exchange.

In December 2009, C.P. Pokphand bought a portion of assets under Orient Success International Limited (OSIL), also a subsidiary of the Charoen Pokphand Group, by offering up to 6.62 billion preferred stocks at the price of HK$0.3255 per stock (US$0.04). The price was a 40 percent discount since the stock price that day was HK$0.62 per stock (US$0.08).

About 190 million shares of those preferred stocks were later transferred to Ever Union Capital Ltd., a company registered in the British Virgin Islands on July 22, 2010, according to the Paradise Papers, even though the stock price for which they got sold off was never publicly disclosed. Then, on July 28, 2010, these transferred shares were converted to common stocks at the price of HK$0.60 per stock (US$0.08).

In other words, Che had come into possession of stocks that were worth HK$114 million.

HK01 also reported that Ever Union, with businesses in telecommunication, energy, commerce, and financial sectors, had Che as the only director and stockholder.

Che’s whereabouts have long been a mystery, ever since he was taken away for investigation in Beijing in June 2015, according to Hong Kong newspaper Oriental Daily, which also reported that he was found guilty of money laundering and asset transfers.

The investigation into his finances exposed his ties to Chinese officials in the finance sector and state security apparatus, leading to those officials being investigated as well, according to the newspaper. The most notable mention was Ma Jian, the former executive deputy minister of China’s Ministry of State Security, who was sacked in 2016.

News of Che resurfaced in January 2016, when Chinese news portal NetEase reported that he was being detained in Changsha, the capital of central China’s Hunan Province. A recent investigation by HK01 revealed signs of him showing up in Hong Kong, where he is based.

Che was also connected to Xiao Jianhua, the abducted businessman who was a key money launderer for former Chinese Communist Party leader Jiang Zemin and his political faction. Che and Xiao bought Digital Domain, a visual effects studio based in Los Angeles, for US$30 million in 2012, according to South China Morning Post.

Dai, the 10th governor of China’s central bank from 1995 to 2002, was reportedly taken away in April 2015, under Chinese leader Xi Jinping’s anti-corruption campaign, according to Bloomberg. However, China’s anti-corruption watchdog, the Central Committee for Discipline Inspection, has yet to make a formal announcement. His current whereabouts are unknown.