Papadopoulos to Bring Back Mystery $10,000 From Greece 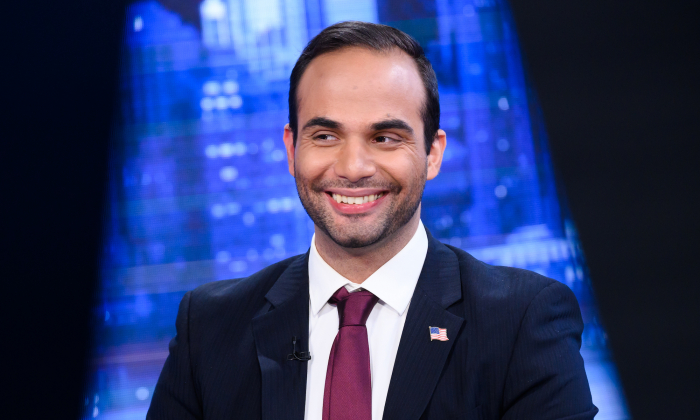 Former Trump 2016 presidential campaign associate George Papadopoulos intends to travel to Greece to retrieve $10,000 in cash that he believes consists of marked bills used by the CIA or the FBI to entrap him during the summer of 2017.

According to Fox News host Maria Bartiromo, the House and Senate Intelligence committees seek to review the cash. Papadopoulos told Bartiromo that the money is in a safe in Greece.

The subject of the $10,000 came up during the testimony of special counsel Robert Mueller. Rep. Devin Nunes (R-Calif.) asked Mueller if he knew who gave Papadopoulos the money. Mueller refused to answer.

“I was very happy to see that Devin Nunes brought that up,” Papadopoulos told Bartiromo. “A man named Charles Tawil gave me this money [in Israel] under very suspicious circumstances.”

“So, I have my theory of what that was all about,” Papadopoulos said. “The money, I gave it to my attorney in Greece because I felt it was given to me under very suspicious circumstances. And upon coming back to the United States, I had about seven or eight FBI agents rummaging through my luggage looking for money.”

The $10,000 Papadopoulos received in Israel is one of the peculiar episodes in his saga. According to Papadopoulos, Charles Tawil handed him the cash in the form of $100 bills in a hotel room in Jerusalem. Tawil had invited Papadopoulos to Israel to “close a deal of some nature,” Papadopoulos told Congress during closed-door testimony in October 2018.

Papadopoulos accepted the money, flew with it to Greece, but ended up leaving the cash behind before traveling to the United States in July 2017. Upon landing at Dulles International Airport, Papadopoulos was arrested, and FBI agents, including a member of special counsel Robert Mueller’s team, searched through his belongings. Papadopoulos believes the agents were looking for the cash.

Tawil disputed Papadopoulos’s story in an interview with journalist Scott Stedman. Tawil said he gave Papadopoulos the $10,000 as a loan because Papadopoulos asked for it and didn’t have an account in Europe.

“The guy is a pathetic liar,” Tawil told Stedman about Papadopoulos. “I met him when he was out of a job and offered him a job and gave him, on his demand, a loan, cash as he requested because he did not have an account in Europe.”

“He mentioned that I am working with Mossad or the FBI or some crap like this,” Tawil added. “He is a lunatic.”

It is unclear why Papadopoulos would take up an offer from a man he claimed to barely know to travel to Israel to close an unspecified deal. Papadopoulos told Congress in 2018 that he was already suspicious of Tawil and thought he was being spied on before the meeting. His willingness to take the meeting is also questionable because he alleged under oath that the FBI agents who interviewed him months earlier accused him of being an agent of Israel.

In addition to a myriad of questions surrounding the $10,000 previously detailed by The Epoch Times, Papadopoulos has changed at least one detail about this story since he first told it to Fox News contributor and talk show host Dan Bongino.

Papadopoulos told Bongino in November 2018 that he flew from Israel to Greece “a couple of days” after he was handed the $10,000. The timeline raised some questions, including why he would stay in Israel for days if, as he alleged, he was afraid for his life. In an interview with Bartiromo in May, Papadopoulos said he left Israel “the next day.”