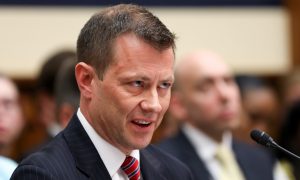 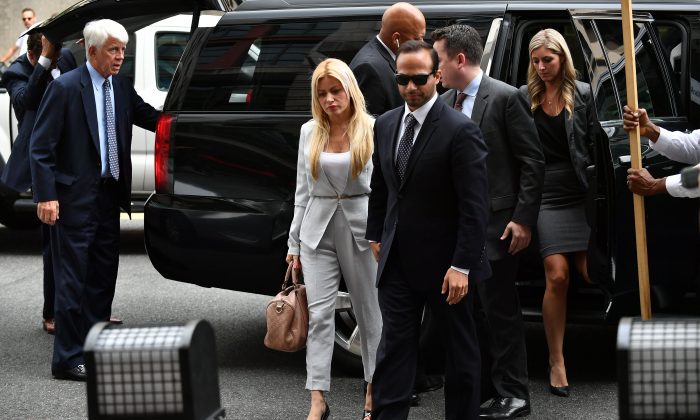 Papadopoulos Hints He Was Target of Foreign Intelligence Operation

George Papadopoulos, once a campaign adviser to Donald Trump, is hinting that he was a target of an intelligence operation that put him at the center of an FBI investigation.

In a series of tweets late on Sept. 10, Papadopoulos detailed his suspicions about a meeting with Alexander Downer—then-Australian High Commissioner to the United Kingdom—that occurred several months before the 2016 U.S. presidential election. He expressed a belief that Downer was sent to the meeting by somebody, perhaps British intelligence.

“The notion that Downer randomly reached out to me just to have a gin and tonic is laughable. Some organization or entity sent him to meet me,” he said.

The two met around May 10, 2016, at the Kensington Gardens bar in London, joined by Downer’s counselor Erika Thompson, The Daily Caller reported. There, according to Downer, Papadopoulos said that the Russians had information that was damaging to former Secretary of State Hillary Clinton, Trump’s opponent in the presidential election.

Downer reported the conversation to Canberra “a day or two after,” as “it seemed quite interesting,” he told The Australian.

After July 22, 2016, when Wikileaks started publishing emails that had been stolen from the Democratic National Committee (DNC) server, Joe Hockey, Australian ambassador to the United States, passed the info from Downer to the FBI. The bureau suspected that Papadopoulos knew about the DNC leak in advance and opened the investigation into Trump–Russia links on July 31, 2016, based on reports in The Sydney Morning Herald and The New York Times.

The investigation was the bureau’s justification for an extensive spying operation against the Trump campaign.

Papadopoulos said he doesn’t remember telling Downer anything about damaging info on Clinton.

He, nonetheless, told the FBI in January 2017 that he was in possession of similar knowledge. In April 2016, he was told by Maltese academic Joseph Mifsud that Russians had thousands of Clinton’s emails.

While talking to the FBI, Papadopoulos lied about the timing and extent of his contacts with Mifsud and two Russians that were introduced to him by Mifsud. For that, he was sentenced to two weeks in prison on Sept. 7.

Mifsud later denied telling Papadopoulos anything about Clinton secrets. Mifsud himself was closely affiliated with a spy school frequented by national security and intelligence officials of Western nations, including the United States, the UK, and Italy.

In another tweet, Papadopoulos said, “I did notify [the FBI] that I thought Downer was recording me with his phone. I hope that was investigated.”

He also said it “would be a very very big problem if British intelligence was weopanized [sic] against an American citizen.”

Downer, indeed, had some intelligence connections.

From 2008 to 2014, he sat on the advisory board of London-based Hakluyt, a security firm that employs a number of former UK diplomats and former MI6 (British intelligence) operatives.

While Downer had to leave the firm before joining the Australian diplomatic corps, he continued to attend the firm’s functions, including client conferences, News Corp Australia Network reported in January 2016.

Hakluyt is also tied to Stefan Halper, Cambridge professor and the de-facto outed FBI mole to the Trump campaign.

Halper co-authored two books in the 2000s with Jonathan Clarke, Hakluyt’s U.S. representative at the time.

Halper and Downer met at least once, at a Cambridge seminar in 2010. On Sept. 11, Papadopoulos’s wife, Simona Mangiante, posted on Twitter a picture of Halper and Downer together, which may have been taken at the 2010 event.

Downer also is personally linked to Clinton, as he once arranged a $25 million donation to the Clinton Foundation from the Australian government for AIDS prevention and education efforts.

“I think it’s time Downer is as exposed as Christoper [sic] Steele,” Papadopoulos said in one of the tweets.

Christopher Steele was the former MI6 spy credited with authoring the anti-Trump dossier paid for by the Clinton campaign and the DNC. The unverified claims in the dossier were used by the FBI and Justice Department officials to obtain a Foreign Intelligence Surveillance Act (FISA) warrant to monitor Carter Page. A group of Republicans in Congress are investigating whether the officials misled the court and Page’s rights were infringed upon.

“I’ll leave others to make judgments about the veracity of those tweets,” Downer said in response to Papadopulos’s claims, The Sydney Morning Herald reported.