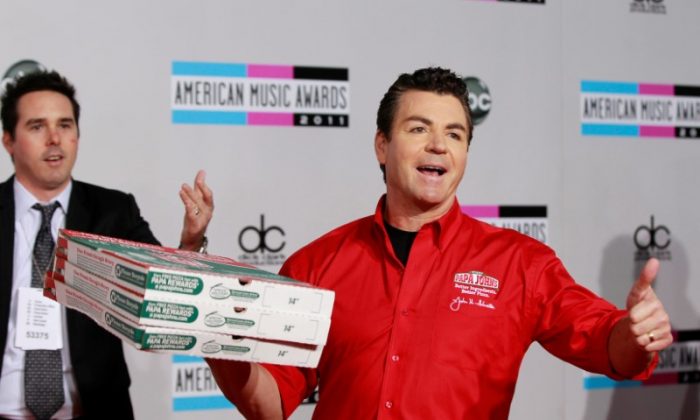 ‘Papa John’ Schnatter Claims He Was Blackmailed Over Racial Slur

John Schnatter, the former chairman and founder of pizza chain Papa John’s, said that a racial slur that he used during a conference call was taken out of context.

He told a local station in Louisville on Friday that he was goaded into using the slur during the conference call.

Then, the firm allegedly blackmailed him to keep it quiet.

“They wanted $6 million to make it go away. I’m like, ‘I’m not paying you $6 million,’” he told the station. “And they made it pretty clear […] the words were ‘If I don’t get my (bleep) money, I’m going to bury the founder,’ said one of the executives. So, I’m not for sale. They can take the $6 million and whatever, they’re not getting it. So, yeah they tried to extort us and we held firm. They took what I said and they ran to Forbes and Forbes printed it and it went viral.”

Schnatter again apologized for the word.

“I don’t condone racism in any way. Period. It’s just wrong,” Schnatter, 56, said in the interview.

The controversy started on July 11, when Forbes reported on Schnatter’s use of the racial slur during a conference call with a marketing firm, Laundry Service. During the call, Schnatter was reported to be participating in a type of role-playing exercise, and he allegedly stated that “Colonel Sanders called blacks [racial slur for black people].” Then he claimed that Sanders, of Kentucky Fried Chicken fame, never got backlash for use of the slur.

In the call, he also spoke of growing up in Indiana, allegedly saying that “people used to drag African-Americans from trucks until they died,” and the report said he was trying to convey opposition to racism, according to Forbes. A source told Forbes that people on the call got offended.

“I was just repeating what somebody else said. I was actually kind of provoked,” he said, saying that it was supposed to be a confidential training session with the marketing firm. “They were promoting that kind of vocabulary, and they kept hitting it and I was like no, we’re not going to do that … that’s not what we’re about.”

Schnatter resigned from the company’s chairman position last week after the fallout, according to reports.

“News reports attributing the use of inappropriate and hurtful language to me during a media training session regarding race are true,” Schnatter said Wednesday in a statement, CNBC reported. “Regardless of the context, I apologize. Simply stated, racism has no place in our society.”

In a press release on Sunday, Papa John’s said that the company will be terminating a sublease agreement with Schnatter, which allowed him to use office space in headquarters in Louisville, Kentucky.

“Since Mr. Schnatter no longer has an active role with the management of company’s business, the special committee [of the board of directors] also approved and directed the company to terminate a sublease agreement granting Mr. Schnatter the right to use certain office space at the company’s corporate headquarters in Louisville, Kentucky,” the firm’s press release reads.

The Sunday release also said that the “company has specifically requested that Mr. Schnatter cease all media appearances, and not make any further statements to the media regarding the company, its business or employees.”