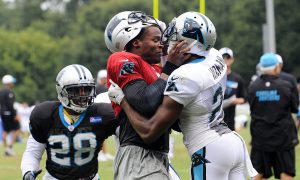 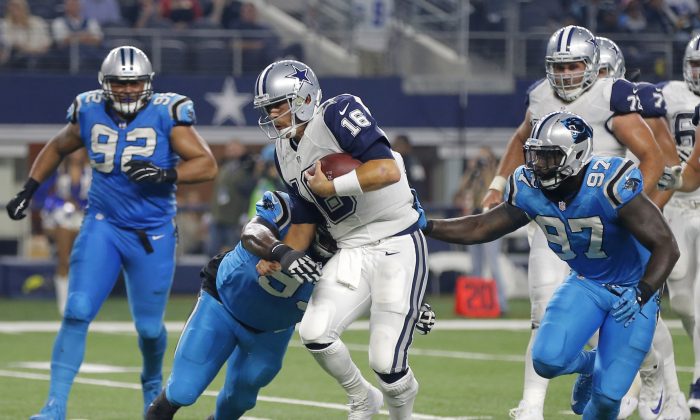 Panthers defensive tackle Dwan Edwards admitted Monday in the back of his mind he’s thought about Carolina’s chances of going 16-0 in the regular season this year.

The Panthers defeated the Dallas Cowboys 33–14 on Thanksgiving to improve to 11-0. Carolina finishes the season with two games against Atlanta and one each against New Orleans, the New York Giants and Tampa Bay.

“The way our team is playing it’s going to take us to not play well on a Sunday for a team to beat us,” Edwards said.

Edwards said this year’s team is more complete than the Carolina squad that went 12–4 in 2013 and won the NFC South, only to lose at home in the playoffs to the San Francisco 49ers.

“We don’t have any bickering as far as ‘We’re an offensive team, we’re a defensive team … or the ‘offense is not doing this,'” Edwards said. “We had a little of that early in 2013. This year we are not concerned what is going on on offense. We are going to try to play the game how we have to. I think that is a big difference.”

Edwards added about the undercurrent of tension in 2013 between the offense and defense, “It’s normal when one side is dominating and the other side is not doing as well.”

This year, the Panthers are more balanced.

Carolina’s offense is second in the NFL in scoring and the defense is fifth in fewest points allowed entering the weekend.