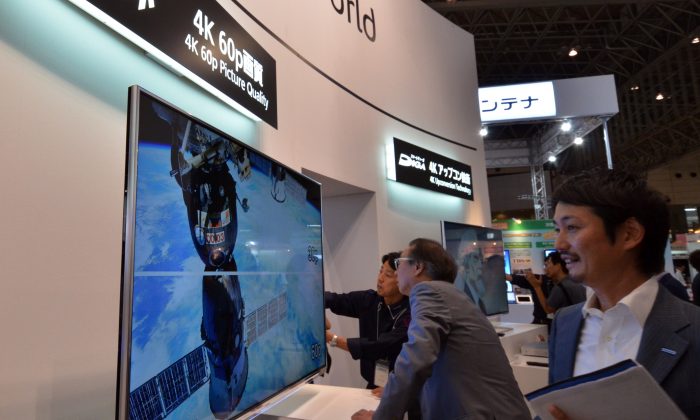 Panasonic Corp. is closing its last plasma television factory and plans to pull out of the business by March 2014, according to reports by Japanese business news agency Nikkei.

Japanese companies like Panasonic, Sony Corp., and Sharp Corp., once giants in the TV manufacturing industry, lost a lot of money over the last decade.

“It wasn’t just a failure of Japanese companies. It was also that rivals caught up quite fast,” Kun Soo Lee, analyst at industry research firm IHS iSuppli, told Reuters. As liquid crystal display (LCD) technology became cheaper, the high image quality it provided led to a decline in demand for plasma TVs.

After Panasonic’s Amagasaki factory closes, the remaining three TV manufacturing plants in Japan will produce only LCD. The costs of closing the plant could be $400 million, sources told Nikkei, likely to be included in the $1.2 billion set aside for restructuring at the beginning of the year. About 400-500 workers could be reassigned to other facilities, but the situation is difficult in all of Panasonic plants according to an unnamed worker.

“The Japanese companies were probably a bit sentimental, underestimated their rivals and didn’t form a competitive strategy,” Lee said.

LCD TV panel shipments will decline in the third quarter for the first time ever, according to an IHS iSuppli report. This is a “worrisome development,” according to the report, as sales normally increase this time of year.

Worldwide LCD TV panel shipments are expected to be 58 million, down from last year’s 60 million. Much of this is due to the decline in panel TV sales in China, according to the report.

Global TV shipments dropped 6.3 percent last year, the first time in a decade, and TV manufacturing may continue to decline as consumers spend their digital time on other screens.

At the Cutting-Edge IT & Electronics Comprehensive Exhibition in Tokyo, Oct. 1, Panasonic presented high-resolution tablet TVs that could have other uses.

“We are displaying 20-inch 4K tablets, which make it possible to integrate what we have seen on paper prints, picture images and movie footage,” said Panasonic president Kazuhiro Tsuga. “This is a potential that 4K displays have. Manufacturers will have to widen this potential beyond televisions.”

The company has not made an official announcement regarding the plant closure yet, but the move falls in line with Tsuga’s strategy to cut losses by closing weak operations.

Panasonic reported losses of $15 billion over the last two years. Earlier this year Panasonic announced it would no longer make smartphones. Panasonic’s mobile business was projected to lose over $11 million for the current fiscal year ending in March 2014, Tsuga said.

“It’s not acceptable for the company to be bleeding red ink like this, so we have to think about ways to develop assets that we do have in a more effective direction,” Tsuga said previously.

“It is a milestone for Panasonic,” SMBC Nikko Securities analyst Koki Shiraishi said of Panasonic’s plant sale, according to Bloomberg Businessweek. “The sale of the plant will generate some cash inflow and this will help Panasonic reduce the cost of halting the operation.”

With the restructuring, Panasonic expects to see its first annual profit in three years.