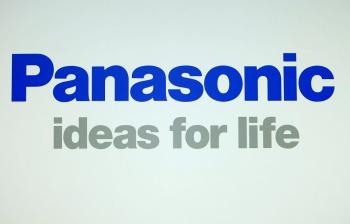 Panasonic is the world’s No. 1 maker of plasma televisions, but the deal is driven by Sanyo’s position in green technologies—it is currently the biggest rechargeable battery manufacturer in the world.

“Especially, the target (Sanyo) has a large global market share and high level of technology on a global scale, and is well-established as a leading global company, with respect to the consumer lithium-ion battery business,” Panasonic announced in a tender offer statement last month.

Prior to the announcement, shares of Sanyo rose 11 percent on Thursday trading in Tokyo.

Sanyo’s takeover by one of the world’s most successful electronics maker is a welcoming reprise for its management.

Despite its recent success in marketing car batteries, Sanyo has been beset by a host of financial troubles, including a recent accounting scandal that forced a shakeup in management.

A popular electronics brand in Japan, Sanyo has seen its reputation take a hit in recently years and is viewed by analysts as a weak player in consumer electronics. In 2006, Sanyo posted a net loss of 50 billion yen ($560 million) and cut 2,200 jobs.

The company has diverted much capital into renewable energy technologies, and aims to quadruple its production of solar cells by 2015. It currently has major solar assembly plants in Mexico and Hungary.

Sanyo means “three oceans” in Japanese, reflecting the ambition of its founders to sell its products overseas across the Atlantic, Pacific, and Indian oceans.