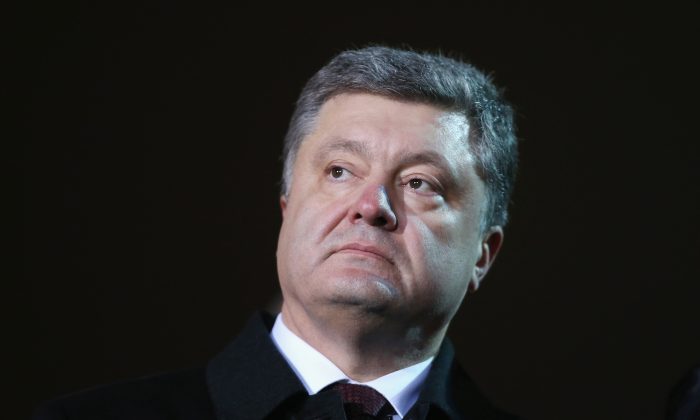 The Panama Papers have placed politicians under a microscope, and the Ukrainian president is one of them.

The papers consist of an unprecedented data leak that reveals tax information and offshore accounts that are linked to politicians, celebrities, drug traffickers, and fraudsters, according to the international group of journalists (ICIJ) that released the information.

The Monssack Fonseca data breach revealed that the president of Ukraine, Petro Poroshenko, had offshore assets. The documents released by the International Consortium of Investigative Journalists  showed that Poroshenko set up an offshore holding company to move his business to the British Virgin Islands, which may have saved him millions of dollars in Ukrainian taxes. The data shows Poroshenko as the sole shareholder of a secret company called Prime Asset Partners Ltd.

The documents released by ICIJ show that Poroshenko’s company was registered on August 25, 2014, during the bloody conflict between Ukrainian and pro-Russian separatists. Poroshenko was elected president on May 25, 2014, three months before setting up the company.

It is the height of cynicism to open offshore companies at a time when hundreds of our soldiers are dying.
— Oleh Lyashko, Ukraine Radical Party

“It is the height of cynicism to open offshore companies at a time when hundreds of our soldiers are dying,” said leader of the populist Radical Party Oleh Lyashko on a Facebook post, according to Reuters. He also urged lawmakers to begin impeachment proceedings against Poroshenko.

Poroshenko has a corporate empire that includes automotive plants, a shipyard, a TV channel, and the country’s largest candy company, Roshen. Poroshenko had promised voters that he would sell his candy company when he ran for office. He has also spoken against corruption. The accusations revealed in the data leak come at a time when his office has pushed against the use of offshores.

“They should stop imitating the fight against corruption. Poroshenko must step down,” said Lyashko.

Meanwhile, Poroshenko claimed on April 4 that he has done nothing wrong. In a Facebook post, he said he hasn’t managed his assets since he was sworn in as president.

“I believe I might be the first top office official in Ukraine who treats declaring of assets, paying taxes and conflict of interest issues profoundly and seriously, in full compliance with the Ukrainian and international private law,” Poroshenko said.

“Having become a President, I am not participating in management of my assets, having delegated this responsibility to the respective consulting and law firms. I expect that they will provide all necessary details to the Ukrainian and international media,” he added.

Poroshenko’s advisors claimed the offshore company was part of a corporate restructuring intended to smooth the eventual sale of Roshen assets.

The Ukrainian general prosecutor’s office said it found no proof of Poroshenko committing a crime, according to the Guardian.

“According to a preliminary study of the information published by some media concerning the violation of law by President Petro Poroshenko, the general prosecutor’s office does not see any elements of a crime,” an official said.