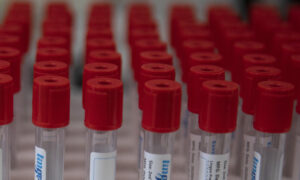 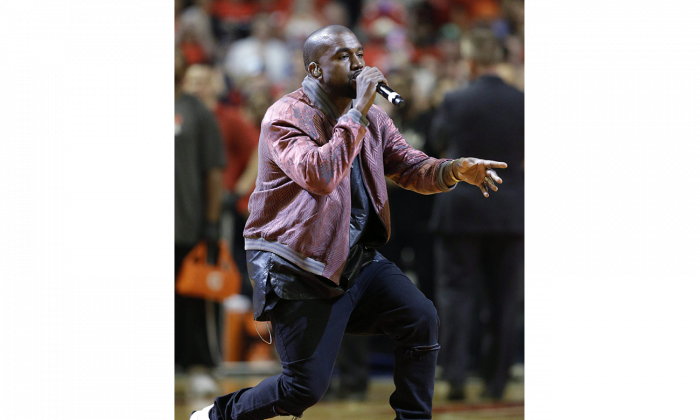 Rapper Kanye West performs during Game 4 in a second-round NBA basketball playoff series between the Cleveland Cavaliers and the Chicago Bulls in Chicago on May 10, 2015. (AP Photo/Nam Y. Huh)
Canada

TORONTO—The buzz for the Pan Am Games just grew considerably stronger: Kanye West will perform at the closing ceremony.

The organizing committee confirmed Wednesday that the critically lauded Chicago rap legend will play the Rogers Centre—known during the Games as the “Pan Am Ceremonies Venue”—on July 26.

“If this just doesn’t get you excited and if you don’t think there’s going to be a party in Toronto on the 26th of July, then we have nothing left for you,” Pan Am CEO Saad Rafi said during a press conference Wednesday. “This is remarkable.”

West will be joined in the show by Miami pop-rapper Pitbull and six-time Juno winning howler Serena Ryder, but of course there’s no doubt which artist is the headliner.

A sold-out crowd of roughly 45,000 took in the Pan Am’s opening ceremony—curated by Cirque du Soleil—and West’s presence could provide perhaps an even more robust draw.

As of early Tuesday afternoon, tickets were still available, with seats ranging from $50 to $205. Meanwhile, eager entrepreneurs swiftly raised prices on resale sites in the hours following the news, with only a handful left under $200 and some hopeful peddlers asking as much as $1,400.

West has been doling out live dates sparingly of late, as he prepares his follow-up to 2013’s platinum “Yeezus.”

He headlined Glastonbury in June and Ottawa Bluesfest this past weekend. Otherwise, his live schedule is clear but for September’s Summer Ends Music Festival in Tempe, Ariz.

Mild controversy preceded his gig at reliably rap-phobic Glastonbury, but ultimately a petition failed to cancel his 30-song set.

Even as fans impatiently await new material, West has found his name all over the chart.

Recently, he had a Top 5 single in Canada with the Rihanna-Paul McCartney collaboration “FourFiveSeconds,” while also working with the former Beatle on “Only One” and the emphatic “All Day.” All three songs could be included on his upcoming seventh solo record, which he claims will be called “Swish.”

The 38-year-old last played in Toronto on back-to-back nights in December 2013, drawing more than 31,000 fans to the Air Canada Centre during a vicious ice storm for performances that featured cameos from Drake and Justin Bieber.

That tour was in support of the confrontational, wilfully abrasive “Yeezus,” but Pan Am attendees can likely expect a more broadly accessible set from the visionary 21-time Grammy winner, whose deep catalogue of hits includes “Gold Digger,” “Stronger,” “Heartless” and “Runaway.”

Of course, it’s never been particularly wise to expect Kanye to follow a script—which only elevates the intrigue.