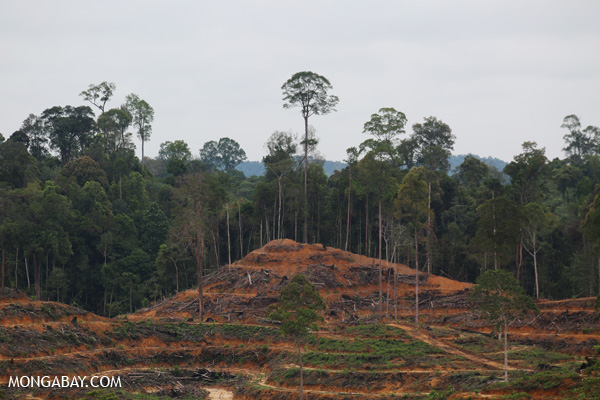 Palm oil giant Musim Mas Group has suspended purchases from the PT Pati Sari mill over allegations that the facility is processing fruit illegally grown within a biodiversity hotspot in Sumatra, reports the Rainforest Action Network (RAN), which recently published an investigation on the mill’s sourcing practices.

“As a temporary measure, Musim Mas will suspend sourcing from PT Pati Sari while actively engaging with them to have a better understanding of their supply base and find ways to exclude conflict palm oil without affecting small farmers,” said the company in a statement.

Musim Mas is under pressure from green groups for its palm oil sourcing policy, which environmentalists say doesn’t sufficiently protect forests and peatlands. The company recently announced a temporary moratorium on sourcing from “potential” high carbon stock areas, but that hasn’t been enough to curb criticism, especially as other palm oil majors have adopted zero deforestation policies, including Cargill, Wilmar, Golden-Agri Resources, and IOI Loders Croklaan.

RAN’s report linked palm oil supplied to the Pati Sari to deforestation within the Leuser Ecosystem, which is the only place on Earth where rhinos, tigers, elephants, and orangutans coexist. Other companies named in the report include Wilmar and Golden-Agri Resources, which said it would look into the matter.