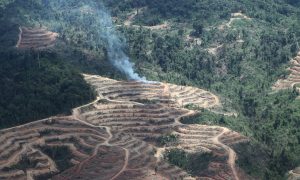 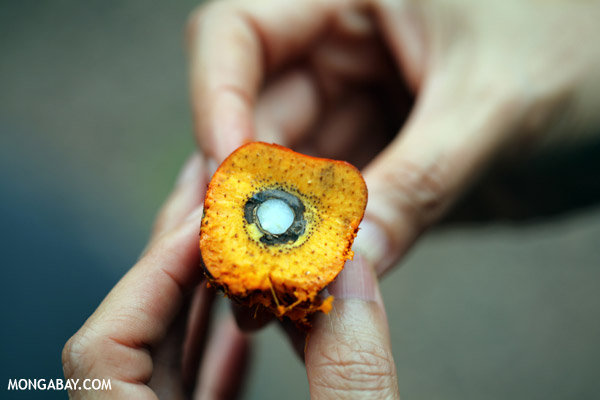 Malaysian palm oil company Genting Plantations is continuing to destroy forests despite a high-profile pledge by one of its customers to eliminate deforestation from its supply chain, alleges a report published by Greenomics, an Indonesian environmental group.

The report, published last week, looks at Genting and two other companies that supply palm oil giant Wilmar, which last December committed to a zero deforestation policy. Responding to the report, Wilmar reaffirmed its commitment and said it would look into the allegations. “We note the suppliers named in the report and will address those concerns through this channel accordingly,” a Wilmar spokesperson told Mongabay.com. The palm oil giant added that it has a grievance process for dealing with potential breaches of its policy. “We urge NGOs and other stakeholders to raise their concerns regarding any supplier either directly with Wilmar or with the RSPO (if the alleged supplier is also a RSPO member), rather than via media or other channels, to enable issues to be addressed in an effective and timely manner,” Wilmar said. “While we had anticipated challenges in implementing the Policy, we will continue to work relentlessly with the various industry stakeholders to overcome them.” The Greenomics report is based on government data and spatial analysis of concessions controlled by PT Permata Sawit Mandiri, PT Langgam Inti Hibrindo, and Genting subsidiary PT Citra Sawit Cemerlang in Sumatra and Borneo. The data appears to show secondary forest clearing within the concessions, including an area within the Genting concession that IUCN classifies as orangutan habitat, since Wilmar established its policy last December. During that period, PT Langgam Inti Hibrindo cleared deep peatlands, according to the report. The findings suggest that some of Wilmar’s suppliers may be carrying on as usual despite the company’s commitment. The policy, which applies immediately to Wilmar’s plantations, is being phased in to apply to all palm oil it sources by the end of 2015. Greenomics says the gap in implementation allows Wilmar suppliers to continue destroying forests despite the commitment. It urged Wilmar to clarify its timeline for implementation. “[Wilmar needs to] explain the actual timeline for the application of [its] policy to its third party suppliers, as listed in the policy, on the way to “full compliance by 31 December 2015,” states the report. “It is very important that such an explanation be forthcoming so that the civil society groups that monitor the operations of Wilmar’s third party suppliers may determine whether or not violations are committed in respect of the clearance of HCS forests, peatlands, and endangered species habitat by Wilmar’s third party suppliers during the period from 5 December 2013 to 31 December 2015.”
Wilmar established its policy after a long-running campaign by environmental activists. Whether the policy was a direct response to this pressure or other factors like the risk that continued uncontrolled expansion could swamp the palm oil market with supply, further driving down already depressed prices, is an open debate, but the move opened the floodgates in terms of similar commitments from other major players in the sector. Since the announcement, Cargill and several other Indonesian and Malaysian producers have make zero deforestation pledges. But Wilmar’s commitment was nonetheless unprecedented at the time in terms of its scope, extendeding across all commodities it sources. The policy will eventually apply it to all suppliers, a promise that the company acknowledges will be fraught with complexity and take time to implement. “We recognize that issues (from environmental to social issues) do arise from time to time and that practices fluctuate in reality,” it told Mongabay. “What is important to Wilmar is the long-term commitment of suppliers to proactively address the issues.”  “Non-compliance is dealt with on a case-by-case basis; and Wilmar has been clear that its position is to engage with its suppliers to support proactive and practical measures to address the issues. In cases where gaps arise, we will review the nature of the gap and how it arose, the desire of the supplier to close the gaps and take those into account, rather than immediately taking knee-jerk reaction. Our goal is to support our suppliers to tackle the challenges and support the development and strengthening of a responsible and sustainable industry.” Palm oil production has been one of the biggest drivers of deforestation in Malaysia and Indonesia over the past two decades.
This article was originally written and published by news.mongabay.com. For the original article and more information, please click HERE.