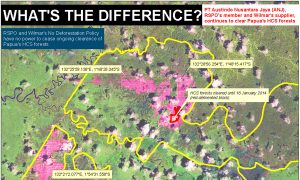 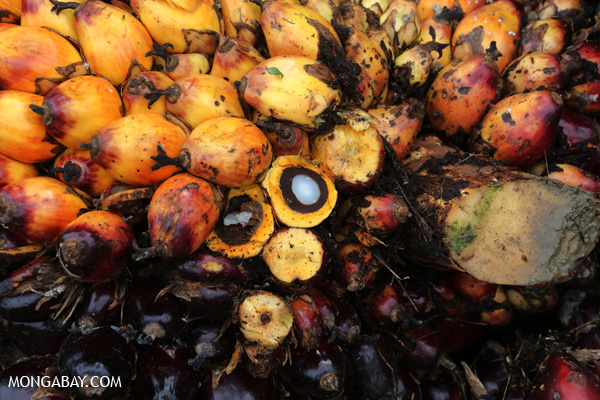 The Roundtable on Sustainable Palm Oil (RSPO) has purged membership of a number of companies and organizations that have failed to comply with reporting requirements. The move could be a sign that the certification body is getting more serious about enforcing its standards, says WWF, one of the founders of the initiative.

On Thursday, the RSPO announced that 15 members had been expelled for failing to submit mandatory annual reports for three straight years. 62 others had their memberships suspended for failing to report for two consecutive years. The reports are meant to measure progress toward certifying palm oil operations or purchasing certified sustainable palm oil, according to WWF.

Most of the terminated members are small palm oil processors or traders. Three are consumer goods manufacturers in France.

The suspended members included a broader range of entities, from the Pesticide Action Network (PAN) Asia and the Pacific, an NGO, to Seventh Generation, an American company that sells “green” products. Some of the terminated and suspended members may not be in compliance because they’ve ceased operations or no longer source palm oil. For example, the membership of Asian Plantation Ltd, a palm oil producer that no longer exists after it was acquired by Malaysian Felda Global Ventures last year, was on the suspended list.

The RSPO says that sanctioned companies and organizations lose rights to use the RSPO label.

Companies / organizations that have had their RSPO membership terminated will have all membership privileges revoked. This includes their RSPO Trademark License, their certificates and / or trade of Certified Sustainable Palm Oil (CSPO), which will cease to be valid with immediate effect.

Companies / organizations that have had their RSPO membership suspended will have all membership privileges revoked with immediate effect. However, there will be a grace period of 30 days before their certificates, trade and Trademark License will cease to be valid.

In a statement, WWF said the moves were a positive step for the body.

“We hope that this is a sign that the RSPO and its membership are now taking seriously not only the need to report progress but also to show progress,” said Adam Harrison, WWF’s lead on palm oil, in a statement. “The duty to continuously improve performance is central to the founding vision of the RSPO and this applies not only to the organization as a whole but more importantly to its individual members.”

“WWF remains concerned that, according to the RSPO itself, only 57 of the 119 registered growers in the RSPO have any certified mills. That leaves more than half of them making no progress on their commitments,” said Harrison. “Additionally, only a little over two-thirds of the 1500 RSPO supply chain member companies are currently certified to actually use CSPO.”

“While some leading members of the RSPO are doing well and delivering on their promises, too many are still doing nothing. The RSPO needs to go beyond disciplining non-reporting members and now find ways to make sure all members are taking action to transform the industry.”

The RSPO remains the leading certification standard for the palm oil industry, but label has been overshadowed of late by zero deforestation policies being established by growers, processors, traders, and buyers. These policies are underpinned by RSPO standards, but add further elements like commitments not to clear forests or convert peatlands. Social safeguards under these policies also tend to be stronger than the RSPO’s.

Palm oil production is one of the largest drivers of tropical forest loss and peatlands conversion. Since 1990 more than four million hectares of forests in Malaysia and Indonesia have been cleared for oil palm plantations, releasing hundreds of millions of tons of carbon into the atmosphere and further endangering species like tigers, orangutans, and forest elephants.

This article was written by Rhett. A Butler, the head administrator for news.mongabay.com. This article has been republished with permission, original article here.