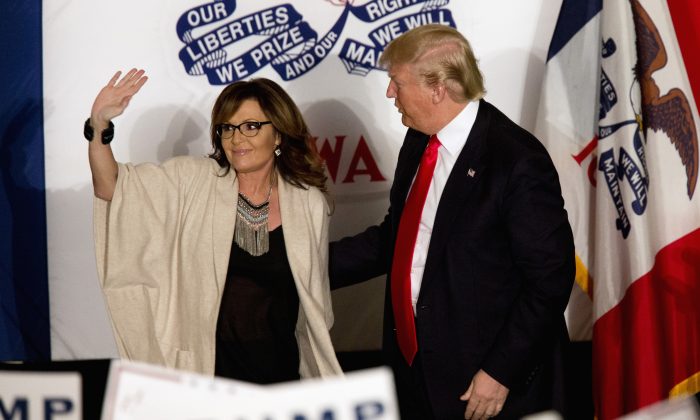 In a 48-way special primary on June 11 following Young’s death in March, Palin, Begich, Peltola, and Al Gross, an independent, were the top four finishers in the election. While the result sounds confusing, it reflects the state’s nonpartisan primary system in which all candidates appear on the ballot regardless of party affiliation.

That allowed them to move on to the special election, with the winner to serve out the remaining three months of Young’s term. Meanwhile, all three of the party contenders are also on the regular primary ballot on Aug. 16 for the same seat for the next two years.

The ballot for the primary election features 22 candidates; the top four will advance to the Nov. 8 general election for a two-year seat in the U.S. House.

Gross, who finished third in the June 11 special primary, has since dropped out of the race, endorsing Peltola and Republican contender Tara Sweeney in the nonpartisan “Pick One” regular primary on Aug. 16.

“A Non-Partisan Pick One primary is used to determine the top four vote-getters that will advance to the general election, regardless of political affiliation,” according to the Alaska Division of Elections.

Under the state’s laws, a candidate in a primary “does not have to be a member of a political party or a political group, to run for office.”

Alaskans approved the new system by way of a ballot measure in 2020.

Young was the state’s longest-serving member of Congress, having spent 49 years in office. As the nation’s largest state, Alaska incorporates 665,400 square miles, with a total population of around 774,000.

Chris Bye and J.R. Myers are vying for the seat as libertarians.

The late Sen. John McCain (R-Ariz.) chose Palin as his running mate in 2008. She was the nation’s second female vice presidential nominee after Geraldine Ferraro, a Democrat, in 1984.

On her website, Palin said that Alaskans “expect—and deserve—a close relationship with the folks who represent them in Congress, and this is one way I’m working to facilitate a direct dialogue with the hard-working men and women of Alaska.”

Her opponents, however, have criticized her for spending more time out of state.

With Trump’s endorsement, quasi-celebrity status, and name recognition, Palin continued to enjoy frontrunner status as she campaigned in the lower 48 states last week. Her most recent appearance was at the Conservative Political Action Conference in Texas.

Begich and Peltola, however, remained in Alaska to shore up voter support in the final runup to the election. Neither candidate responded to a request for comment from The Epoch Times.

Begich currently leads with more than $1.3 million in campaign financing; Palin has raised just over $1 million, and Peltola has $379,000.

Begich, 44, is the grandson of Nick Begich Sr., the U.S. congressman who was presumed to have died in the crash of a light aircraft in Alaska in 1972. He’s the nephew of former U.S. Sen. Mark Begich and current state Rep. Tom Begich.

From 2018 to 2021, Sweeney served as assistant secretary for Native American affairs at the Interior Department during the Trump administration.

Like Peltola, Sweeney is seeking to be the first Native American U.S. representative from Alaska.

“I am a registered Republican, and I’m running for Congress to focus on the future. My career has been focused on fighting for Alaska in Washington, and I want to use that experience to serve Alaskans in Congress,” Sweeney told The Epoch Times in a previous interview.

Palin has been under fire in liberal circles over her conservative stance on critical issues since entering the national spotlight.

In February, Palin lost her defamation case against The New York Times, in which she claimed the newspaper defamed her in a June 2017 editorial linking a campaign ad with a mass shooting 10 months later in Tucson, Arizona. Trump endorsed her in April.