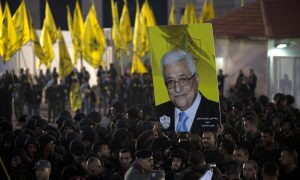 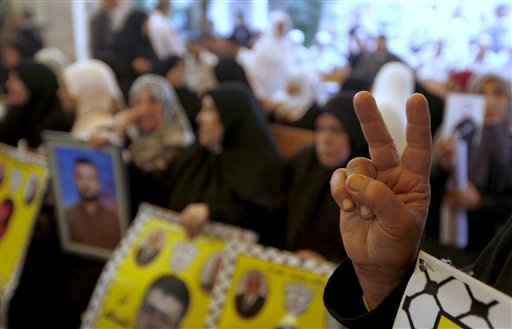 Palestinian to End 55-day Hunger Strike and Will Be Released

RAMALLAH, West Bank—A Palestinian held without charges by Israel for the past year is ending a 55-day hunger strike and in exchange will be released in two weeks, his wife and an advocacy group for prisoners said Monday.

Meanwhile, in the West Bank, a Palestinian woman stabbed a female Israeli paramilitary police officer in the neck and seriously injured her, police said.

Rights groups have warned that Khader Adnan, 36, a senior activist in the militant Islamic Jihad group, is near death. His wife Randa said Monday, after visiting her husband in an Israeli hospital, that he lost a lot of weight and “looked like a small child.” She said he was unable to hold their 15-month-old son.

Sivan Weizman of Israel’s Prison Authority confirmed that Adnan agreed to end his hunger strike as part of a deal, but had no details. The Israeli military, which would be involved in any agreement to release him, had no comment.

It marked the second hunger strike for Adnan whose protests have trained a spotlight on so-called administrative detention, a practice under which Israel holds Palestinians without trial or charges.

In a previous stint in administrative detention in 2012, Adnan went on a 66-day fast to press for his freedom, sparking weeks-long hunger strikes by hundreds of Palestinian detainees.

Under a deal reached late Sunday, Adnan ends his hunger strike and will be released July 12, said Kadoura Fares of the Palestinian Prisoners’ Club, an advocacy group.

Islamic Jihad is a group that has been responsible for deadly attacks on Israelis. Last July, Adnan was given six months of administrative detention, followed by a four-month extension. When he received another four-month extension, he launched his hunger strike.

Israel says administrative detentions are an important tool against Palestinian militants. The Israeli rights group B’Tselem says Israel’s large-scale use of the practice violates international law which only permits it in rare cases.

At the end of April, Israel held about 5,500 Palestinian security prisoners, including 396 in administrative detention, according to B’Tselem, which publishes official figures. After a drop in 2012, following the mass hunger strike, the number has been rising again over the past year to monthly levels ranging from 363 to 473 administrative detainees.

In the West Bank attack, the Israeli police officer was stabbed in the neck Monday at a checkpoint, police spokesman Micky Rosenfeld said. She was taken to a hospital. Officers on the scene apprehended the attacker and found two other knives on her.

The attack comes a week after a similar stabbing attack in Jerusalem and a shooting attack at a West Bank settlement that killed an Israeli man.

Israel has seen a wave of so-called “lone wolf” attacks in the past year by Palestinians using guns, knives and vehicles. Police say it’s difficult to stop such attacks because assailants act on their own, without working through established militant groups.