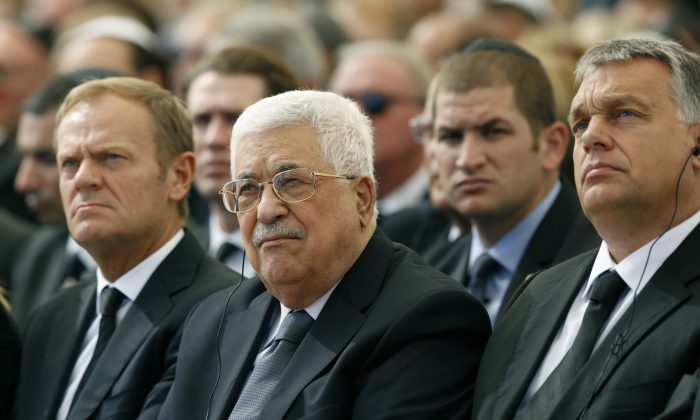 Abbas on Sunday spoke about what he described as a constructive phone call with Trump two days earlier.

The official Palestinian news agency WAFA quoted Abbas as saying that Trump “asserted his full commitment to the peace process.”

Abbas says he told Trump he opposes extremism and will cooperate with the U.S. to reach a peace deal based on the establishment of a Palestinian state next to Israel.

The phone call helped allay concerns the Palestinians were being ignored by Trump, who has embraced Israel’s leader and at one point suggested the two-state solution was optional.

Abbas says he is to meet Trump at the White House in “the near future.”