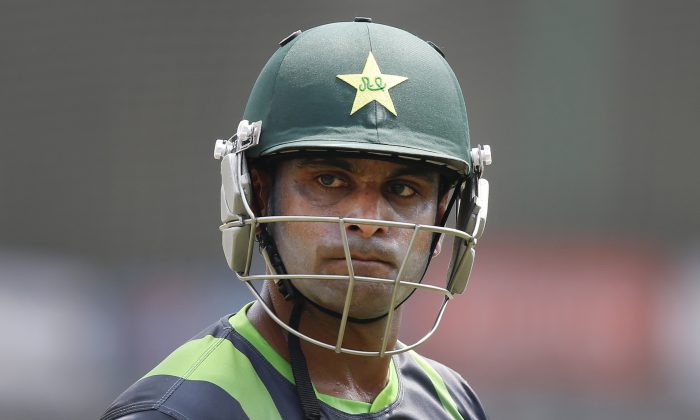 Australia and Pakistan face off in the T20 World Cup international cricket series on Sunday, March 23, 2014.

UPDATE: Pakistan won by 16 runs, giving the team a 1-1 record in the tournament so far. Australia is 0-1.

Pakistan plays next vs Bangladesh on March 30 while Australia will face the West Indies on March 28. See a full schedule, and all the results so far, here.

Pakistan is coming off a seven wicket loss to India in its first game of the tournament while Australia hasn’t played yet.

The game will be broadcast on Fox Sports 2 in Australia, PTV Sports in Pakistan, and STAR Sports in Bangladesh and the rest of the Indian Sub-Continent (India, Nepal, Sri Lanka, Maldives, Bhutan).

It will also be shown on Star Cricket in Papua New Guinea, Singapore, Hong Kong, and the Philippines; Lemar TV in Afghanistan; Astro in Malaysia and Brunei; SuperSport and SABC in South Africa and Sub Saharan Africa; and OSN Sport Cricket in North Africa and the Middle East.

Viewers in Ireland, England, Wales, and Scotland can watch on SKY Sports; those in the rest of Europe on Eurosport; Norwegian viewers on NRK; those in New Zealand on SKY TV; Canadian viewers on Sportsnet; Pacific Islanders on Fiji TV; and viewers in the Caribbean, South America, Central America, Mexico, and the United States on ESPN.