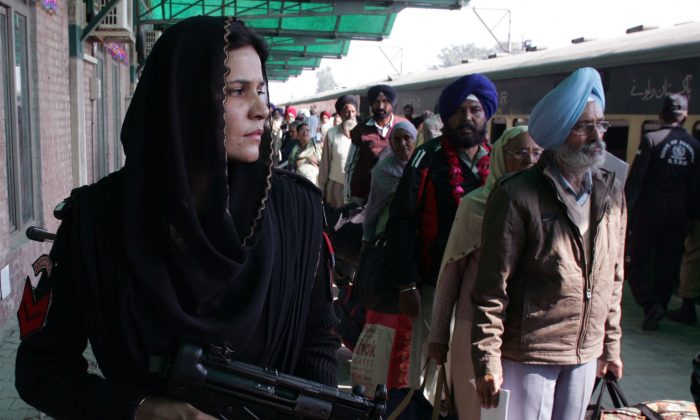 KABUL, Afghanistan—Pakistan will present a list of Taliban willing to negotiate with Kabul at a four-nation meeting this week aimed at reviving the Afghan peace process, an Afghan official said Sunday.

Afghanistan, Pakistan, China and the United States are scheduled to meet in Islamabad on Monday to discuss a road map for peace talks. The meeting will not include the Taliban.

Javid Faisal, deputy spokesman for Chief Executive Abdullah Abdullah, said Pakistan’s list will include Taliban who do and do not want talks with Kabul on ending the 15-year war.

The agreement would also include “bilateral cooperation on eliminating terrorism,” Faisal said.

“Those who are interested in peace can join the dialogue, but those who wish to continue the fight will be targeted through joint counter-terrorism platforms,” Faisal said, referring to bilateral agreements.

Faisal said the terms had been agreed to during a visit to Kabul last month by Pakistan’s powerful army chief of staff Gen. Raheel Sharif, though discussions had begun earlier.

Pakistani officials could not be immediately reached for comment.

Pakistan has consistently denied U.S. and Afghan allegations that it gives financial or material support to Afghanistan’s Taliban. The CIA has publicly accused Pakistan of supporting the Haqqani group, a Taliban affiliate and U.S.-declared terrorist group.

Monday’s meeting in Islamabad could revive a process that collapsed last summer after Afghanistan announced that Mullah Mohammad Omar, founder and leader of the Taliban, had died in a Pakistani hospital more than two years ago.

The announcement led the Taliban to pull out of the talks after just one meeting hosted by Islamabad. A subsequent power struggle within the Taliban has raised questions about who would represent the insurgents if and when the talks with Kabul are restarted.

The Taliban have stepped up attacks since the U.S. and NATO formally ended their combat mission a year ago, and the insurgents are battling local security forces on several fronts. Last year the Taliban seized the northern city of Kunduz and held it for three days before being driven out by a costly counteroffensive.

In the southern Helmand province, government forces have been struggling to fend off Taliban advances for weeks. The Taliban say they captured a government compound in the strategic Sangin district over the weekend, claims denied by Afghan officials.

The Taliban are expected to keep up the fight even if peace talks get off the ground in order to secure territory and leverage in the negotiations.