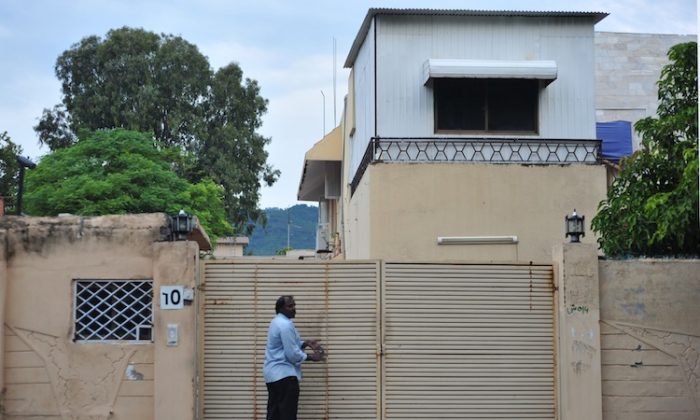 A Pakistani is pictured in front of the Save the Children office in Islamabad on Sept. 6. Pakistan has ordered all of Save the Children's foreign staff to leave the country within four weeks. (Farooq Naeem/AFP/GettyImages)
World

Pakistan to Expel Staff of Save the Children

Pakistan ordered that foreign staff with Save the Children, a U.K.-based nongovernmental organization, needs to leave the country.

The government accused staff members of having ties with the fake vaccination clinic that was used to find Osama bin Laden, ultimately leading to the raid on his compound.

Save the Children told Reuters it was not told the reasoning behind the order, but said that six foreign staff have to leave Pakistan in two weeks.

“We are working with the government to comply with the instructions,” spokesperson Ghulam Qadir told AFP.

The Pakistani doctor, Shakeel Afridi, who was allegedly used by the CIA to conduct the fake vaccination to ferret out bin Laden was linked to Save the Children.

“The allegations that have appeared in the media that Afridi worked with Save The Children and that Afridi was introduced to CIA by our staff, there is no truth to these allegations and no concrete evidence to support them,” Qadir was quoted by Reuters as saying.

Afridi was sentenced to 33 years in jail earlier this year. He was arrested soon after bin Laden was killed last May.