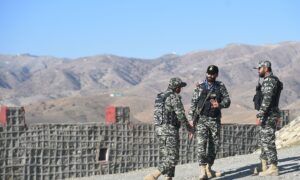 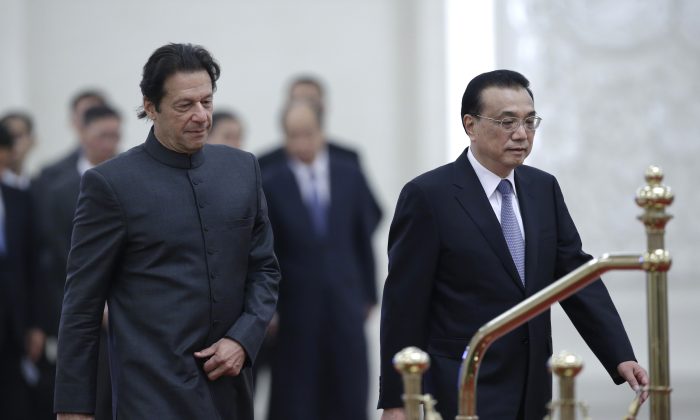 Pakistan has issued orders to begin enforcing United Nations financial sanctions against neighboring Afghanistan’s Taliban on Aug. 22, which is part of the South Asian nation’s efforts to be removed from the gray list of the Financial Action Task Force (FATF), as well as to advance its geopolitical interests in the region, experts say.

In a statement late on Aug. 29, Pakistan’s foreign ministry said the sanctions aren’t new but rather are laid out in 2015 U.N. regulations. The orders, which were issued on Sept. 1, enforce the U.N. regulations and are issued routinely, the statement said. A similar order was issued in 2019.

“Pakistan’s move is likely driven by pressure from the Financial Action Task Force, a global terror finance watchdog, to cut back on its ties to terror groups and their financing networks,” Michael Kugelman, deputy director of the Asia Program at the Washington-based Wilson Center, told The Epoch Times in an email.

“Pakistan is at risk of being blacklisted by FATF if it doesn’t comply, and that risk, while remote, is significant because it would have traumatic economic consequences for a country already struggling to overcome an economic crisis,” Kugelman said.

By enforcing the sanctions, Pakistan is showing it wants peace in Afghanistan, Tom Hussain, an Islamabad-based Pakistan affairs analyst, told The Epoch Times.

“To maintain its influence in Afghanistan, Pakistan knows it must be seen by the international community as an important part of a political solution to the conflict in Afghanistan, not a spoiler,” said Hussain. He said it indicates a change in priorities of the Pakistani state, particularly its “powerful military.”

“Its ‘strategic depth’ ambitions of the 1990s have been replaced by a desire to make Pakistan the major economic connectivity hub for Afghanistan and beyond,” he said.

The timing of Pakistan’s decision could be seen as a move to pressure the Taliban into a quick start to intra-Afghan negotiations, the next step in a peace deal signed in late February.

“Pakistan has been keen on ensuring the success of the Afghan peace process, where the Taliban get a share in the power,” said Adnan Aamir, an independent journalist based in Pakistan, who writes about China’s Belt and Road Initiative.

Taliban political spokesman Suhail Shaheen said Aug. 28 that while the financial sanctions have been in place for some time, any tightening of a ban on travel could hurt peace negotiations. While the first round will be held in Doha, Qatar, subsequent talks will be held elsewhere. Several countries, including Germany, have offered to host.

“It will hamper the peace process if there is a travel ban on all members,” Shaheen said in an interview. “There is a need for a relaxation of such curbs and embargoes because we are entering into another phase of [finding a] peaceful solution of the Afghan issue.”

There’s some irony in the emerging situation as the world is supporting Pakistan’s engagement with the Taliban to help with the Afghanistan peace process, Kugelman said.

“In effect, there is pressure on Islamabad to rein in the very engagement with militants that is helping move toward a peace process in Afghanistan. And in fact, soon after the sanctions, which include a travel ban, were announced, Islamabad welcomed a delegation of Taliban representatives for meetings,” he said.

“Still, for Islamabad, the goal is to project itself as a country that is moving expeditiously to distance itself from terror groups on the whole, and these sanctions are meant to convey that impression.”

Pakistan’s sanctioning of the Taliban is “cosmetic maneuvering,” because other terrorist organizations, such as Lashkar-e-Tayaba and Jaish-e-Mohammad, continue to thrive unabated even after being banned, Priyajit Debsarkar, the author of the book “The Last Raja of West Pakistan & The Atlantique Attack & Arbitration,” told The Epoch Times in an email.

Hussain said Pakistan’s imposition of U.N. sanctions on the Taliban also is linked to Pakistan’s desire to extend the China–Pakistan Economic Corridor (CPEC) project to Afghanistan.

“This has been reflected by China’s recent acceptance of Pakistan’s proposal to extend the CPEC into Afghanistan,” Hussain said, adding that Chinese Foreign Minister Wang Yi played an important role in diffusing tensions between Kabul and Islamabad.

“I doubt the Afghan peace process would have progressed to the brink of intra-Afghan peace talks without Wang’s personal involvement,” Hussain said.

He said Pakistan’s “enmity” with India and the dispute over Kashmir defines Pakistan’s foreign policy stands, including its approaches in Afghanistan.

“With Chinese Belt and Road money involved, Pakistan would be the primary beneficiary of trade connectivity projects running from Central Asia through Afghanistan. In the longer run, projects like the TAPI gas pipeline may give it some leverage over India,” said Hussain.

“It threatens the security of Pakistan by allowing Baloch insurgents and Pakistani Taliban to use Afghan soil. Afghan Taliban, on the other hand, will protect Pakistan’s interest by not allowing any group hostile to Pakistan to operate from Afghanistan,” Aamir said. “In other words, a Taliban government in Kabul or a government with a considerable share of the Taliban will be a friendly government for Pakistan.”

Debsarkar accused Pakistan of controlling and sustaining terrorism in Afghanistan and beyond.

“India is the biggest donor from the region [in] aid and assistance to Afghanistan. The ties with the democratically elected political leadership in Kabul are time-tested and centuries-old,” he said. “Transgression by the Pakistan deep state to circumvent these unbreakable ties will be futile and only further shove Pakistan in global isolation.”