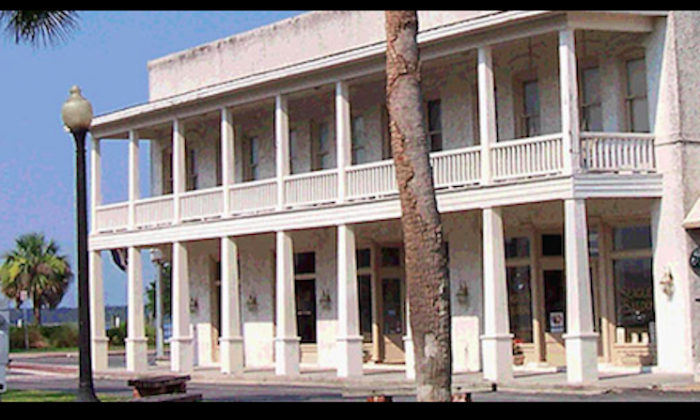 Pain of Government Shutdown Could Remain for Some Time

The longest government shutdown in U.S. history affected companies big and small across the country. Although it ended, the pain of the shutdown may linger for a while for some businesses that have lost substantial revenue during the closing.

Brandon owns an 18-room hotel, which is nearly 100 years old and was passed down from his family. The hotel rests on the banks of the St. Marys River and is close to the Cumberland Island Ferry that takes visitors and campers to the island twice daily. Due to the government shutdown, the Cumberland Island National Seashore was closed and the ferries stopped running.

President Donald Trump signed a short-term spending bill into law Jan. 25 to reopen the government. He ended the longest government shutdown in history that began Dec. 22 as a result of a standoff between the White House and Democratic leaders over funding for a border wall.

Cumberland Island Ferry started to operate again Jan. 27, said Brandon. However, it likely will take weeks for his hotel business to get back to normal.

“It has got to be slow because the business depends on the park service ferry running,” he said. “This is the first day they’ve run. But of course, their reservations are way down because nobody knew when they were going to be open and nobody booked trips.”

He expects the business to get back to normal in March. However, he is still concerned about a slow down in reservations for spring as most people book their trips months in advance. He believes people who initially wanted to travel to St. Marys may have changed their plans because of the government shutdown and uncertainty.

“The first thing they do is they book with the park service to make sure they can get over to the island. And of course, with the uncertainty on whether it’s going to stay open or shut down again they’re still going to be reluctant to book,” he explained.

His hotel normally employs 10–15 people, but during the shutdown, he had to cut the staff to five.

“I’ve got one bartender, one cook, one housekeeper, me, my wife and it is a struggle,” he said. “I cannot believe this happened.”

His family business has endured storms and recessions in the past but now faces the impact of the shutdown, which he called a “man-made disaster.”

The shutdown had far-reaching implications for federal employees. Nearly 380,000 federal employees were furloughed and 420,000 worked without pay during the shutdown. In addition, thousands of small-business contractors throughout the country that deliver service to the government suffered losses.

Information Technology Coalition, Inc. (ITC) based in Alexandria, Virginia, is one of those contractors affected by the shutdown. The company works for federal agencies such as the Department of Justice, Defense Intelligence Agency, and Health and Human Services. The 11-year-old company had its best results in 2018 and ended the year with 350 staff members.

“We were thrilled about where we were going but this [shutdown] was not on the contingency plan,” Greg Fitzgerald, president of ITC, said at the U.S. Chamber of Commerce event on Jan. 25.

Due to the shutdown, he had to lay off 200 employees who were working throughout the country. While federal employees will get their back pay, many contractors will not.

There is no way to get the lost revenue back, and the impact of this shutdown will linger until the end of the July, Fitzgerald said, adding that the pain is further compounded by the fact that the new hires may not be able to go back to work right away.

“It is going to take six months to go through the [security] clearance process and get these badges back,” he said. “It is 100 percent out of your control.”

The shutdown also had a ripple effect in the travel industry. Hotels in the nation’s capital, particularly, were immensely affected by the shutdown, as major tourist attractions such as the Smithsonian museums, the National Gallery of Art, and National Zoo were closed. Business travel also took a hit from the shutdown.

According to Goldman Sachs, based on the data from the previous shutdowns, the Washington metro area hotels may see a 4-percentage point decline in their revenue per available room.

Some business groups have canceled trips to Washington during the shutdown, said Raymond Martz, chief financial officer of Pebblebrook Hotel Trust that owns ten hotels in Washington such as Hotel Monaco and Sofitel Washington.

However, January typically is a very slow travel month so it isn’t as impactful as it would be later in the year, he added.