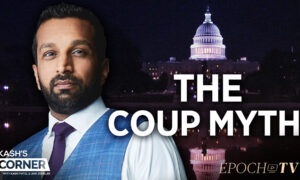 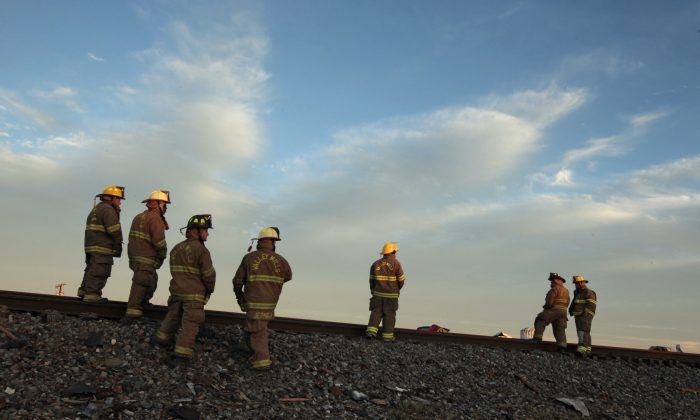 Valley Mills Fire Department personnel view the railroad tracks near to the fertilizer plant that exploded on April 18, in West, Texas. According to West Mayor Tommy Muska, around 14 people were killed and more than 150 people were injured when the fertilizer company caught fire and exploded. Workplace safety varies across the United States and around the world. (Erich Schlegel/Getty Images)
US

Paid to Die: The Workplace Death Toll Marches On

In April, 1,129 garment factory workers were killed in a building collapse in Bangladesh. Bright lights flashed as the cameras of the world’s media focused in.

It was the worst industrial accident in the history of the world.

After the tragedy the government scrambled to clean up its act, making arrests and firing inspectors in an effort to stop foreign companies and investors from fleeing.

It worked. The $20 billion dollar garment industry in Bangladesh is booming. Exports were at an all time high in May.

The industry remains unregulated and unsafe, and the workers remain unable to organize for better wages or better working conditions.

The week of the Rena Plaza disaster in Bangladesh, 28 workers died on the job in the United States.

The United States has strong labor laws, good enforcement, and in some cases, unions to defend workers.

Yet the death toll marches on.

Every week, the Occupational Safety and Health Administration (OSHA) reports the number of work related deaths in the United States.

OSHA is two months behind on the data but so far 536 workers have died on the job in fiscal year 2013, which started in October 2012.

No one is counting how many workers die each week in Bangladesh.

OSHA used to release the date of the accident, the name of the company and location, as well as a preliminary description of what went wrong.

Starting in October 2012 the report format changed. It now is just numbers divided by region.  The details are gone. The humanity is gone.

James Gross, professor at the Cornell Department of Labor Relations, Law, and History has been watching the data for decades.

He can’t say if worker deaths are on the rise or on the decline:  “It has always been a major problem and continues to be a major problem,” he said, with a sigh.

In June, 120 people died in a poultry factory fire in China. Workers trying to flee found the emergency exits locked.

Just two days later six people died in Philadelphia when a building being demolished by a negligent contractor collapsed.

The crane operator was on drugs. The people killed were not workers. He faces six counts of manslaughter, and a possible lifetime behind bars.

The maximum penalty for an employer whose knowing and willful disregard for safety regulations results in the death of a worker: Six months.

“In my opinion if an employer knowingly violates a health and safety regulation and someone dies as a result, that employer should be charged with murder. I don’t see any difference,” Gross said.

Over the years bills have been sent to Congress to increase the criminal penalties for negligent employers. They never pass.

He meant the life of someone being paid to do a job.

Laws in Bangladesh make it next to impossible for workers to organize unions to represent their interests.

In the United States 24 of 52 states have passed “right-to-work” legislation that limits workers’ ability to form unions.

Fewer unions mean more deaths. According to a 2011 study by the University of Michigan, death rates for construction workers are 34 to 40 percent higher in “right-to-work” states then in union-friendly states.

This is nothing new.

“Work, a job, is a part of what you need to live a fully human life. Yet millions of workers every day have to sacrifice their life and health to earn a living,” he said.