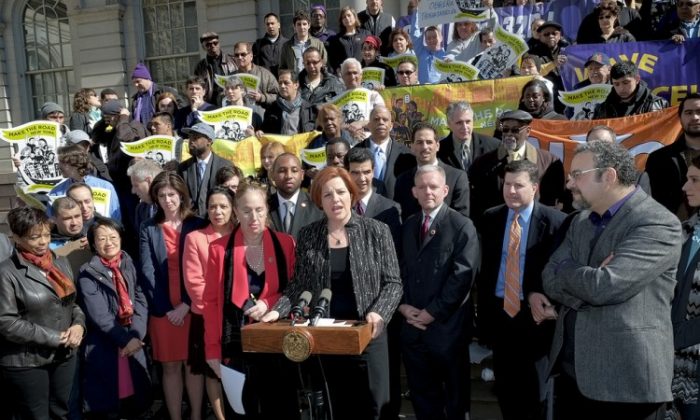 The DCA expressed reservations about its intended regulatory role on Friday.

“Among the many concerns about this legislation, the council seems to not understand that the Department of Consumer Affairs regulates fairness in the marketplace, not labor and payroll issues,” said a DCA spokesperson by email Friday.

The city does not have a department of labor, which handles paid sick leave regulation in cities with similar laws such as San Francisco.

It was unclear when DCA found out it would be in charge of regulating paid sick leave, however, a spokesperson for Council member Gale Brewer’s office said DCA had been involved in the process.

Speaker Christine Quinn said the council will work with DCA regarding rules and implementation before the new law takes effect on April 1, 2014.The paid sick leave bill will give employees five paid days off per year, if they or a family member is sick.

A revised copy of the new bill was not available on Friday and it is unclear exactly how the DCA is expected to implement the bill. Brewer said the law would be a complaint-based system, meaning DCA would not be checking every company to see if they comply.

An employee will have nine months to file a claim with DCA against an employer. An investigation and tribunal would follow.

Fines for violating the law would start at $500.