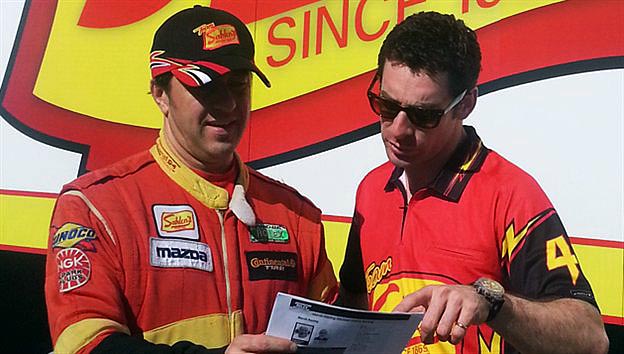 Pagenaud to Join Team Sahlen for His First Rolex 24

Sports car star (and IndyCar 2012 rookie-of-the-year) Simon Pagenaud will make his Grand Am Rolex 24 debut in one of Team Sahlen’s new Riley-BMWs this January.

The 28-year-old French driver has never driven a Daytona Prototype, but he has proved his skill in other cars, winning the 2010 American Le Mans Series with Highcroft’s HPD, and winning the pole and finishing second in the 2010 and 2011 Le Mans 24s with Peugeot.

Pagenaud, who started in open wheel and won the 2006 Formula Atlantic title, finished fifth in IndyCar in 2012 in his first season there, as well.

“He is obviously a driver who gets the maximum out of the car,” said Will Nonnamaker, Team Sahlen’s sporting director, on Grand-Am.com. “We are excited about bringing him back to endurance racing with the hope of even more success.

“By adding Simon to an already strong lineup of Wayne Nonnamaker and Dane Cameron, we should be well positioned to battle at the front of the very competitive field.”

“Team Sahlen is showing great promise and together we will face a fantastic challenge,” said Pagenaud. “I want to thank them for giving me the opportunity to compete in the Rolex 24 At Daytona for the first time.

“Dane is a great talent who I watched in Star Mazda and I am looking forward to working with Wayne and the whole team. I will do my best to bring my ‘A’ game and help the team complete their goals.”

Sahlen will run a second car at the Rolex with team owner Joe Sahlen, Joe Nonnamaker and Will Nonnamaker sharing the driver’s seat.

Sahlen started in Grand Am in the Contnental Tire Sportsd Car Challenge, where the team won 53 races and four championships, before moving up to the Rolex Series’ GT class. In 2011 the squad racked up another win, five podiums and two poles