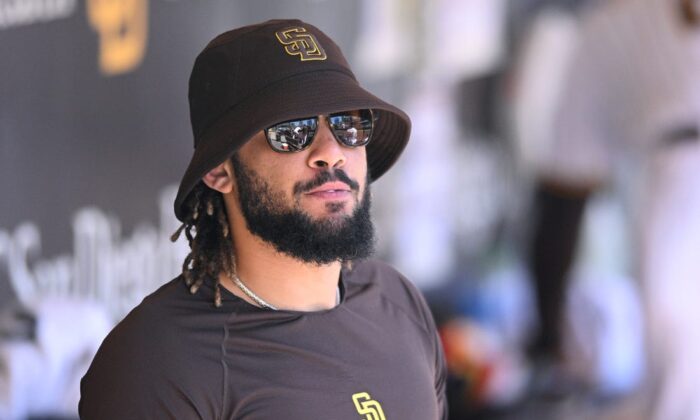 The league says the substance is in violation of Major League Baseball’s Joint Drug Prevention and Treatment Program.

The Padres released a statement shortly after MLB announced the suspension.

“We were surprised and extremely disappointed to learn today that Fernando Tatis Jr. tested positive for a performance-enhancing substance in violation of Major League Baseball’s Joint Prevention and Treatment Program and subsequently receiving an 80-game suspension without pay,” the team said.

“We fully support the program and are hopeful that Fernando will learn from this experience.”

Tatis took responsibility for his actions in a statement released through the Major League Baseball Players Association.

“I have been informed by Major League Baseball that a test sample I submitted returned a positive result for Clostebol, a banned substance. It turns out that I inadvertently took a medication to treat ringworm that contained Clostebol. I should have used the resources available to me in order to ensure that no banned substances were in what I took. I failed to do so.

“I want to apologize to (owner Peter Seidler), (general manager A.J. Preller), the entire Padres organization, my teammates, Major League Baseball, and fans everywhere for my mistake. I have no excuse for my error, and I would never do anything to cheat or disrespect this game I love. …

“I am completely devastated. There is nowhere else in the world I would rather be than on the field competing with my teammates. … I look forward to rejoining my teammates on the field in 2023.”

Tatis, 23, hasn’t played for the Padres this season after undergoing surgery on his broken left wrist in March. Speculation was that Tatis sustained the injury during a motorcycle accident in the Dominican Republic in December.

Currently on a minor league rehab stint, he was expected to make his season debut later this month as the Padres chase a wild-card berth. Now they’ll miss him for the final 48 games of this season and 32 games at the start of in 2023.

Padres manager Bob Melvin learned of the suspension right before the team’s Friday night game and told the players.

“Obviously it’s disappointing,” Melvin said. “This is a blow for us. We’ll have to move on. I’m glad we made the moves we did at the deadline. We feel we have a really good team still. Sometimes you have to deal with some adversity as a team. …

“Look at our lineup. We still have a really good lineup. That’s what we have to take going forward. We liked our team before. We were waiting for (Tatis), and we felt like we had a really good team coming out of spring, and then we made four really big moves that enhanced our roster and our club, so we are comfortable with the team we have.”

Padres third baseman Manny Machado, who went 2-for-5 on Friday in San Diego’s 10–5 road win over the Washington Nationals, said postgame of the Tatis news, “Obviously it’s terrible to hear. Hearing that he’s going to be suspended for 80 games and he’s not going to be a part of what we are trying to accomplish here is definitely something you don’t want to hear before a game. …

“He hasn’t been a part of the team all year, and we’ve gotten to this point so far without him. We were waiting to get him back to hopefully be a sparkplug for the team, but what we’ve been doing all year, continue doing it.”

Padres right-hander Mike Clevinger referenced Tatis’ motorcycle crash when he said postgame, “It’s the second time we’ve been disappointed with him. You hope he grows up and learns from this, and it’s about more than just him right now.”

Tatis played in a career-high 130 games in 2021, his third major league season, and led the National League with 42 home runs. He batted .282 with 97 RBIs and 25 steals and was third in National League MVP voting.

In 273 career games, Tatis has a .292 batting average with 81 home runs and 195 RBIs. He was a first-time All-Star in 2021 after finishing fourth in NL MVP voting during the pandemic-shortened 2020 season, and he signed a 14-year, $330 million contract with the Padres during spring training last year.