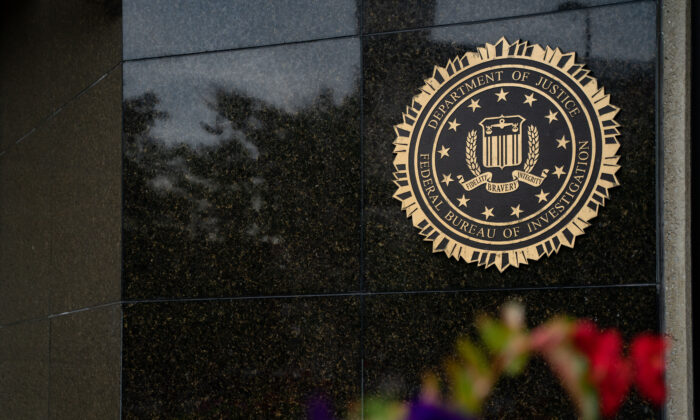 Recent allegations by FBI whistleblowers that the bureau is pushing agents to inflate the numbers of violent extremism cases indicate political motivation, according to several experts. While merely labeling a case as violent extremism doesn’t mean the case is handled differently, it can mislead the public and even render the label itself meaningless.

The allegation was aired by Rep. Jim Jordan (R-Ohio) in a July 27 letter to FBI Director Christopher Wray.

“From recent protected disclosures, we have learned that FBI officials are pressuring agents to reclassify cases as ‘domestic violent extremism’ even if the cases do not meet the criteria for such a classification,” the letter reads (pdf).

“Given the narrative pushed by the Biden Administration that domestic violent extremism is the ‘greatest threat’ facing our country, the revelation that the FBI may be artificially padding domestic terrorism data is scandalous.”

From the perspective of investigators, such reclassification didn’t appear meaningful to the experts who spoke to The Epoch Times.

“Whatever the investigation is classified as … is essentially a statistical and administrative and record-keeping issue. And whether it has much practical effect on the course of the investigation is questionable,” said Marc Ruskin, a 27-year FBI veteran and former federal prosecutor.

“What the real effect is, I would suggest, is negligible.”

“It’s a stat that the FBI wants to get and keep and crack. … At the end of the day, it doesn’t—or shouldn’t—impact how the investigation is handled,” he said.

Both said the re-labeling would likely be meant to support a political narrative.

“It’s very possible that upper management is pushing the field to reclassify the cases in order to gin up the statistics to artificially raise the number of cases to try to justify their statements about domestic terrorism,” Ruskin said.

Both Wray and Attorney General Merrick Garland have said that domestic violent extremism is the greatest domestic security threat. Wray said the number of such cases has increased significantly.

If the whistleblowers are right, such statements would be misleading the public, according to Smith, who’s now a legal fellow with the Heritage Foundation, a conservative think tank.

“The common observer would think, ‘Well, there must be more of that activity happening,’ when in fact what could be happening is that the FBI is just categorizing the same things that have been happening in a different way,” he said.

There are indications the Biden administration is also using such labels as a political cudgel, Smith said, giving the example of the FBI going after parents who were protesting what they saw as woke indoctrination in schools. Some of the parents were reportedly investigated under the label of domestic terrorism.

Domestic terrorism and domestic violent extremism are two different things, though in the FBI’s definition they both have to do with furthering political or social goals through violence.

“Both of these labels are potentially weaponized by the Biden administration to push their political agenda,” Smith said.

A domestic violent extremist is “an individual based and operating primarily within the United States or its territories without direction or inspiration from a foreign terrorist group or other foreign power who seeks to further political or social goals wholly or in part through unlawful acts of force or violence,” the definition says.

That is already quite general, Smith noted.

“That’s a pretty broad definition and it doesn’t take a lot of imagination to see how it could be somewhat malleable in someone’s hands,” he said.

According to the whistleblowers, FBI supervisors are pushing agents to slap the label on cases based on “minimal circumstantial evidence.”

If the label is applied improperly, it may eventually desensitize both the FBI agents and the public to it.

“It could certainly have an impact in the future … if that label kind of loses its importance, loses its meaning,” Smith said.

One FBI supervisor allegedly set up a performance rating system to push agents to re-label cases.

“Government agencies are going to do everything within their powers to meet certain benchmarks that are established, categorize their activities to fit within those predefined categories that are tied to their funding or performance metrics,” he said.

Breitbart recently reported that the supervisor setting the artificial performance metrics is Timothy Thibault, an assistant special agent in charge at the Washington Field Office.

Thibault has gained some notoriety in recent months. First, Sen. Chuck Grassley (R-Iowa) reported him to Wray and the Justice Department’s Inspector General for making politically charged posts on social media. Then, FBI whistleblowers coming to Grassley said Thibault shut down investigative activity on Hunter Biden, son of President Joe Biden, ahead of the 2020 election. Thibault did so based on an “assessment” by FBI intelligence analyst Brian Auten that labeled derogatory information about Hunter Biden as foreign disinformation. In fact, the whistleblowers said, the investigative activity was related to information that was “either verified or verifiable via criminal search warrants.”

Update: In response to The Epoch Times request for comment, the FBI released the following statement:

“The men and women of the FBI work hard every day to protect the American people and uphold the Constitution. All employees are held to the highest standards of professional and ethical conduct, and we expect them to focus on process, rigor, and objectivity in performance of their duties. Allegations of misconduct are taken seriously and referred to the Inspection Division or appropriate investigative body. In reality, the FBI is comprised of 37,000 employees who do it the right way on a daily basis to keep our nation safe by fighting violent crime, preventing terrorist attacks and defending America from espionage and cyber threats.”