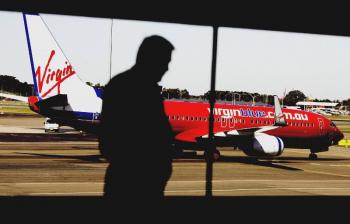 Pacific Air, part of the Virgin Blue Group of Airlines, announced its withdrawl from the New Zealand domestic airline market. (Getty Images)
US

Diane Cordemans
View profile
Follow
biggersmaller
Print
New Zealand's domestic routes will be hit by plans announced on Monday by Pacific Air that services from domestic routes that had been underperforming are going to be removed.

The airline will be redeploying New Zealand based aircraft to trans-Tasman and medium haul international routes.

John Borghetti, chief executive officer of the Virgin Blue Group of Airlines, said in a press release that the measures were intended to make the airline more competitive.

The airline will concentrate on routes that have the most revenue gathering potential, he said.

“Guests holding forward bookings on New Zealand domestic routes from Oct. 18 onward will be provided with re-accommodation and refund options.”

Flights from Brisbane to Dunedin and Hamilton, and Melbourne to Christchurch will all increase, which will see a rise in the number of airport staff being employed.