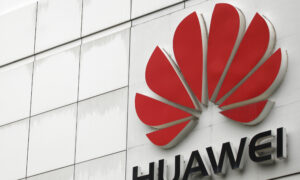 Pac-Man is celebrating its 30th anniversary. The game’s release marked the beginning of a new era in video games. To commemorate the game’s history, internet giant Google has created an interactive Pac Man logo on their website that users can play as miniature version of the Pac-Man, controlled with their keyboard.

Google made a mini version of the classic Pac-Man game that was released on May 22, 1980, by Namco Bandai. Pac-Man was first named Puc Man before gaining its now iconic name. The game sold more than 100,000 copies in its first year of production, which was unheard of in the early 1980’s. The name Pac-Man was modeled after the Japanese word “Pake” which translates as chomp, reported ABC News.

Pac-Man was first released in Japan in 1979 but did not reach popularity in the West until its U.S. premiere in 1980, followed by the sequel Ms. Pac-Man in 1982. Pac-Man has been a staple gaming machine in American arcades for 30 years and is still found in gaming halls around the world.

The Google format of the game has not changed and still features the little yellow circular face that is chased by ghosts. When the icon eats a flashing disk the ghosts change colors allowing the Pac-Man icon to eat the ghosts.

To see the interactive logo, visit Google’s homepage at www.google.com. To learn more about the history of Pac-Man or upcoming promotions visit www.pacman.com.