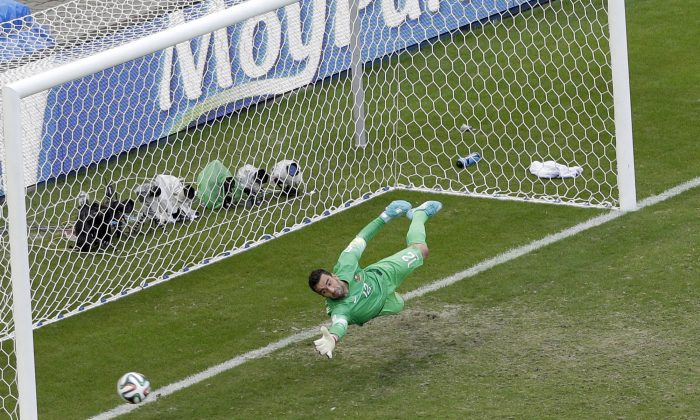 P0rtug4l, Fourtugal Trends on Twitter After Portugal Loses 0-4 to Germany

The term “P0rtug4l” trended on Twitter on Monday after the Portuguese team lost to the Germans in the World Cup 0-4.

Ronaldo starts for Portugal against Germany

The star striker has been bothered by a left-knee injury but declared himself fit and ready the day before the match. Nani was also in the starting lineup as the second forward.

Germany was to begin the match without a classic striker, with record-chasing World Cup scorer Miroslav Klose on the bench. Lukas Podolski was also on the bench.

The Germans used four central defenders as their back four, without a true fullback.