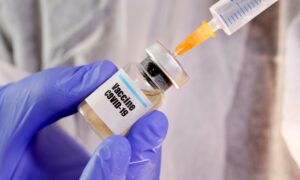 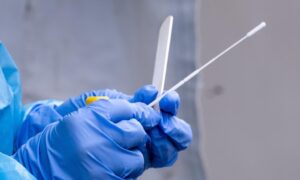 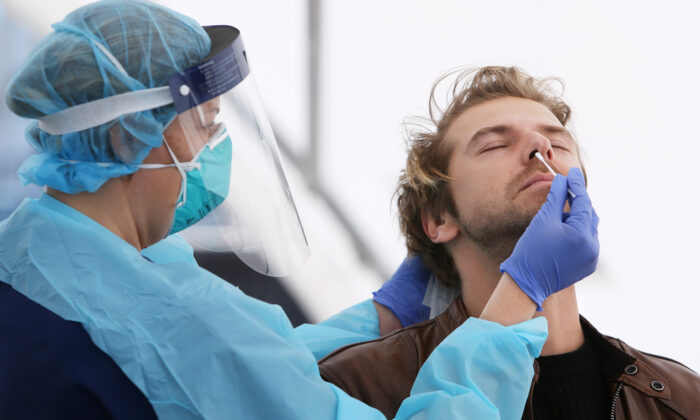 Researchers at Britain’s Oxford University have developed a new test for the CCP virus that can deliver diagnoses “in less than five minutes,” using single-particle imaging and machine learning, according to a paper published on MedRxiv, the preprint server for Health Sciences.

The scientists are hoping to have an approved integrated device that “will eventually be used for testing in sites such as businesses, music venues, airports, etc.,” an article on the university’s website said on Oct. 15. They say they are hoping to begin development of the device early in 2021 and have an approved product available within six months of that time.

“Our approach exploits the fact that distinct virus types and strains have differences in surface chemistry, size, and shape, which in turn affects the fluorophore distribution over the surface of different viruses,” the paper (pdf) reads.

A trained convolutional neural network was used to scan the images to identify the viruses.

The method can differentiate the CCP (Chinese Communist Party) virus from “negative clinical samples, as well as from other common respiratory pathogens such as influenza and seasonal human coronaviruses, with high accuracy,” the abstract of the paper reads.

It’s in “urgent need” since there are various limitations of the current methods of detecting the CCP virus, the paper says.

Isothermal nucleic acid amplification methods can produce results within an hour, but are limited by similar supply chain issues as RT-PCR.

Rapid immunoassay-based antigen-detecting tests exist for some viruses but generally have low sensitivities.

“Unlike other technologies that detect a delayed antibody response or that require expensive, tedious, and time-consuming sample preparation, our method quickly detects intact virus particles, meaning the assay is simple, extremely rapid, and cost-effective,” said Achilles Kapanidis, professor of physics at Oxford.

Nicolas Shiaelis, a doctoral student at the University of Oxford involved in the research, said the extremely rapid test “can make mass testing a reality, providing a proactive means to control viral outbreaks.”