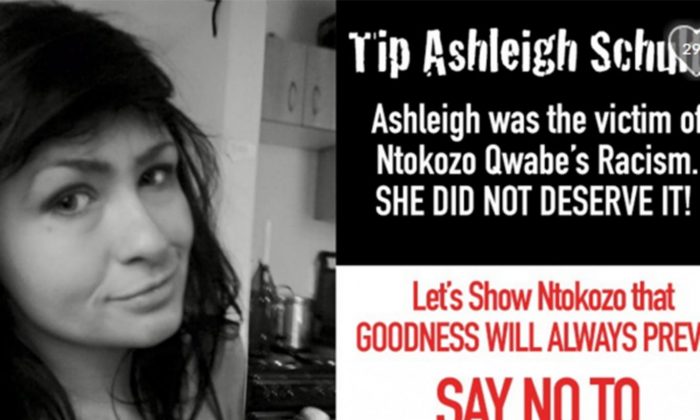 A waitress who was taunted by a black Oxford University student has received thousands of dollars in donations.

The Oxford student, Ntokozo Qwabe, who is a law student, said he refused to tip a waitress in South Africa until white residents in the country “return the land” to black people, reported The Independent.

Asheigh Schultz, 24, then cried “typical white tears” when he handed her a bill giving their reason. Qwabe posted about the incident on Facebook and claimed he was “unable to stop smiling.”

‘Hundreds donate £2,000 to waitress who was refused a tip by ‘racist’ black Oxford student because she was white’https://t.co/cITuciaUi3

He added: “She leaves us and bursts into typical white tears (like why are you crying when all we’ve done is make a kind request? Lol!)”

Friends of Schultz reportedly claimed that she has been caring for her mother who has cancer and is going through a tough time.

Shile Ngobese, who visited the cafe, gave her a large tip.

“Qwabe is someone that claims to speak to the downtrodden and the disenfranchised yet he has the audacity to bully a working class young woman. Waitresses are not rich people. They are trying to make a meagre income to pursue further opportunities,” he told News24. “I just wanted to make a small gesture to show South Africans that if we love and respect each other it makes our country great.”

According to the GoFundMe page:

Hey Everyone. I would like to Thank every single one of you who have driven, contributed and supported this cause. You have all made a very real and special contribution to this lady’s life. You have also rallied together to say NO to racism. This campaign has officially ended. The Page will still be available to view for Updates regarding the funds reaching Ashleigh, but as of right now. This campaign is no longer accepting donations. You are all awesome! Thank you once again!