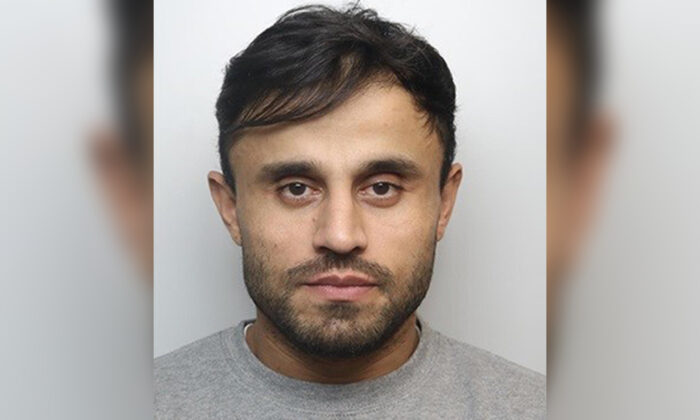 A dangerous “sexual predator” has been jailed for 22 years after drugging two men and sexually assaulting them in Oxford, England.

Luiz Inacio Da Silva Neto “opportunistically targeted” his victims in November and December 2021—spiking their drinks with an unknown stupefying drug, thought to be GHB or GBL.

Following a trial at Oxford Crown Court, a jury found the 36-year-old guilty of rape, two counts of administering a substance with intent and two counts of causing a person to engage in sexual activity without consent.

Da Silva Neto assaulted his first victim at a house in Middle Barton, Oxfordshire, after they had shots of Jagermeister.

His victim went to sleep fully clothed before waking up naked, jurors were told.

The victim noticed a syringe in the kitchen as he left the property and was convinced he had been drugged.

Da Silva Neto had told the trial “he was consenting” and “awake” when the pair had intimate contact.

The defendant’s second victim was a married man who had been on a night out with work colleagues in a central London nightclub called Raffles.

The victim told the jury he had vague memories of events that night, which was a month after Da Silve Neto’s first attack.

The man said he felt “strange” when he spoke to the doorman at the club, and that a cup containing a “dark brown liquid” had been held to his lips.

He also recalled waking up naked in a strange room.

Da Silva Neto claimed he was “high” and looking for drugs and said the married man did not seem intoxicated when they met.

He denied spiking his victim’s drink.

He previously admitted seven counts of drug possession at an earlier hearing for substances including MDMA, methylamphetamine, cocaine, ketamine and cannabis.

Investigating officer Detective Inspector James Holden-White said: “I am pleased that Luiz Inacio Da Silva Neto has been jailed for 22 years for his heinous crimes.

“Da Silva Neto is a sexual predator and a very dangerous man; as such the streets are a much safer place with him behind bars.

“Da Silva Neto used what presents as a well-practised modus operandi – targeting men, administering a substance to incapacitate and overpower his chosen victim, and then engaging in sexual activity with them, knowing they are not in a position to consent.

“Da Silva Neto deliberately targeted heterosexual men whom he believed would be especially unlikely to report the offences to police, but he was wrong.

“The two victims have shown immense bravery throughout and it is because of them that Da Silva Neto has been convicted and jailed.

“We are keeping an open mind as to the possibility that Da Silva Neto has committed other offences.”