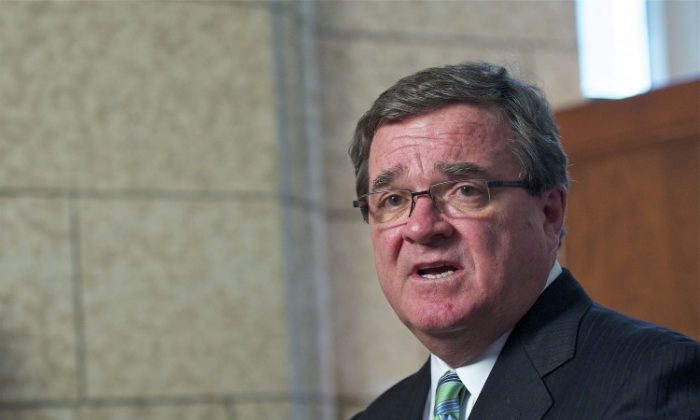 Oxfam is urging Finance Minister Jim Flaherty to push the World Bank to put a freeze on land deals in developing countries in order to protect poor people from land grabs.

Oxfam released a report Wednesday making a case against the deals.

“Most investments in agricultural land by foreign investors between 2000 and 2010 were in developing countries with serious hunger problems,” Ravon said.

Oxfam notes the World Bank plays a pivotal role in land acquisitions as a source of direct financial support for investments in land and policy adviser to governments in developing country.
The bank is also a standard-setter for other investors and thus has a responsibility to raise the bar on land deals.

The report “Our Land, Our Lives” details that in Honduras, over 60 people have been killed in a land conflict in the Aguan Valley. Meanwhile, in Liberia, 30 percent of the country has been sold in land deals in just five years.

Investors normally plan to export produce from the land, exacerbating existing issues of poverty. Oxfam claims nearly 60 percent of land deals from 2000 to 2010 resulted in crops grown to produce biofuels rather than food.

Oxfam Canada and Oxfam Québec want Flaherty, as Canada’s representative to the World Bank, to use his pull with the World Bank to champion their cause.

The group cites World Bank research showing that most large-scale land deals involve countries with the poorest protection of people’s land rights. In the last four years, 21 formal complaints have been brought by communities affected by World Bank land projects that they say have violated their rights.

“Land is being scooped up at a feverish pace and poor people around the world are suffering as they lose their land, their livelihoods and in some cases, their lives,” says Ravon.

“The job of the World Bank is to end poverty and promote sustainable development. It’s urgent to halt the land rush and set in place rules that ensure the rights and interests of communities are respected.”