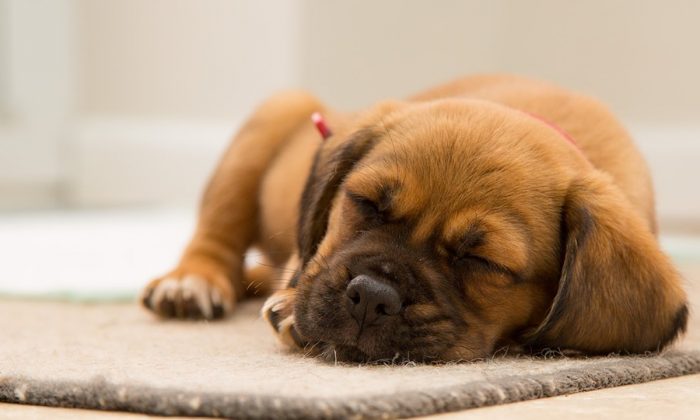 Owners Thought Pregnant Dog Was Done After Delivering 10 Puppies, but She Had a Secret

The owners of an Irish red setter were stunned when the dog gave birth to a huge litter of puppies.

The dog’s owners, roommates Natasha White and Alicia Copping of England, said they thought the dog, Romy, would give birth to just eight puppies.

“We were so excited about meeting the puppies – but you can imagine our shock when she just kept giving birth to more and more of them,” White said, as reported by Irish Central.

“We kept thinking ‘Crikey, when is she going to stop?”

After several hours, White thought the dog had just delivered 10 puppies and was done with the labor. She then took the dog for a walk.

However, Romy ended up giving birth to 15 puppies, which far surpasses the average litter of six.

“The last one to be born was the biggest of all – it seemed to take her a lot more effort to get him out than the others,” she recalled.

The dog was exhausted after the delivery, forcing Copping and White to step in to get milk to the animals.

“There are so many we are struggling to think of names for them all,” White said.

“There is a particular greedy one,” said White of one of the puppies, as People reported. “She wakes up in between feeds screaming for more milk. Another of the girls is quite chilled out.”

“Another of the girls is very chilled out and laidback – and one of the boys looks just like his dad, with a long body,” she told The Sun. “There are so many we are struggling to think of names for them all.”

A dog was apparently happy to be alive after being rescued from a river in Romania.

In the clip, the dog is seen struggling to climb up the side of an embankment. That’s when a man wades out into the water, grabs the dog, and then hands it off to another man who takes it to safety.

After the man arrives at the top of the path, the dog was quite happy to see him.

Some commenters praised the rescuer.

“How sweet! This makes me wanna cry! Look how happy that Pup was after he was rescued. He was eternally grateful to that kind Man and now has a Friend for life!!” said one.

“You made a friend for life,” wrote another.

Added another, “Wonderful to see and what joy the pup showed very well done!”

Others appeared to take notice with how the man grabbed the dog. Others thought such comments were out of line considering the dog was rescued.

“I hold my dogs by the scruff all the time and they are never in pain when I do it. So hush and be grateful the guy saved him,” said one commenter.

Said another, “That part of the neck is actually where dogs are grabbed by their parents (they use their teeth so think about it) when they are puppies. It doesn’t hurt them at all, its the best way to carry a light dog without taking any risk.”