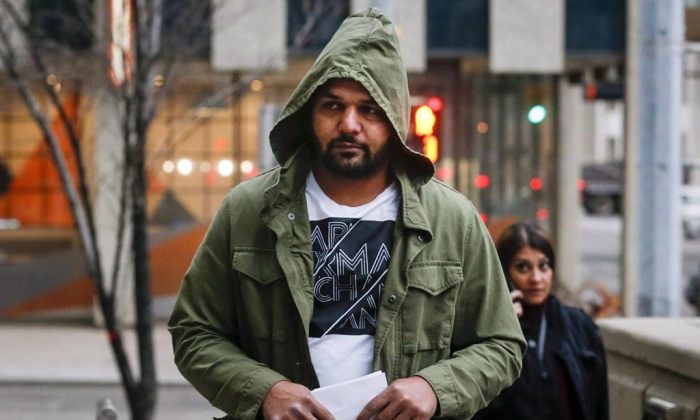 CALGARY—The owner of the transport truck involved in the deadly Humboldt Broncos bus crash has admitted he did not follow provincial and federal safety rules.

A lawyer for Sukhmander Singh of Adesh Deol Trucking pleaded guilty on his client’s behalf in a Calgary court Wednesday to five charges.

The convictions include failing to keep a daily drivers log, neglecting to ensure his drivers complied with safety regulations, and having more than one daily logbook.

He also pleaded guilty to not having or following a written safety program.

Court documents showed the offences occurred between Jan. 1 and March 31—prior to the fatal crash on April 6.

“This should serve as a warning to other owners of truck companies. This is a serious business, and we see why with tragic results,” said Judge Sean Dunnigan.

Sixteen people were killed and 13 were injured in rural Saskatchewan when the Broncos junior hockey team bus and a semi owned by Singh collided at an intersection.

The driver, Jaskirat Singh Sidhu, was sentenced on Friday to eight years in prison on 29 dangerous driving charges.

Court heard during his sentencing hearing that Sidhu was an inexperienced driver who had been on the road for only three weeks.

He had worked with another driver for two weeks and had been on his own for just a few days before he missed a stop sign and drove into the path of the bus.

His lawyer told court that Sidhu was distracted by flapping tarps covering the semi’s load of peat moss.

The tragedy spurred the three prairie provinces to require mandatory training for commercial truck drivers. It came into effect this month in Alberta and Saskatchewan and is to become law in Manitoba on Sept. 1.

Canada’s transportation ministers have agreed to develop an entry-level national training standard for semi-truck drivers. Federal Transport Minister Marc Garneau has said it will be in place by next January.