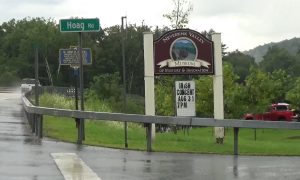 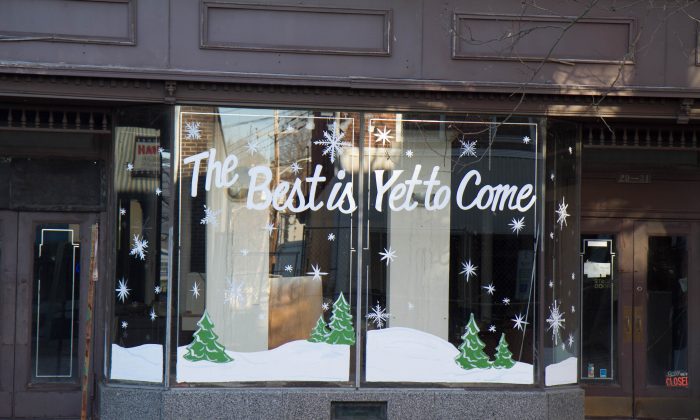 PORT JERVIS —King Johnson and his partner have a lot of decisions ahead of them.

They purchased 29-31 Front Street back in November and have been cleaning and fixing it up ever since.

Once the roof, which is currently leaking water, is replaced and the rest of the stuff left by the former owners is cleared out, they will start on the interior, and some decisions about what is going to go inside the building will have to be made.

You should be able to improve things around you without tearing things down.
— King Johnson

“It makes for a lot of interesting decisions that have to be had,” Johnson said.

He thinks the ground floor can fit three or four retail spaces, and he has already gotten offers for them. But Johnson is still deciding if he wants to rent it out or have his own business in at least part of the commercial space.

“I’ve always wanted to own a business and be a part more intimately of the community,” he said.

While he does not know what business he would put in there (a restaurant is a strong likelihood), he does have an idea for a community space that he said would both help the job prospects in the city and tie into his background in information technology.

“I would like to use some of the space as kind of an Internet cafe and at the same time coupling that with a digital training environment,” he said.

Expanding on that, he said initially it would be just a space with Internet where people can do trainings, but at some point he would like to have more formal instruction and be able to offer certifications.

“If the business can offer that freely and absorb the cost, you’re doing yourselves a favor,” he said. “You’re bettering the community and bettering the capacity of community to look inward and to continue to service itself.”

I would like to use some of the space as a kind of an Internet cafe.
— King Johnson

Johnson, who lives in Jersey City but has owned a weekend house in Port Jervis for almost seven years, said he doesn’t see a lot of education opportunities or job prospects for young people graduating high school here. Training and at some point certification programs in technology, he said, could be an answer to both.

“Quite frankly, data is the future,” he said.” If you can learn to master data, you have just an unlimited future ahead of you.”

Johnson is a project manager at a data warehouse in the Bronx. He said some of the people he works with give trainings already, and have expressed interest in doing them in Port Jervis when he gets the space ready.

“The potential is there, but one of the reasons why we’re looking to push the envelope in terms of getting things completed as quickly as possible—you got to keep that interest going,” he said.

While he has not talked with the mayor yet about his idea, the two are on the same wavelength.

Mayor Kelly Decker has been thinking for a while about starting a college consortium in Port Jervis, partnering with different colleges and businesses in the area to provide educational opportunities in the city.

He envisions a classroom where students can attend in person or virtually through a Skype-like software that would expand the classroom’s reach beyond the city.

Right now the idea is in its infancy, but he plans to sit down with SUNY Orange and local businesses this summer, and in the meantime is exploring whether it is possible to offer in-state tuition for bordering Pike and Sussex County residents.

When Johnson purchased 29-31 Front Street, the price and timing were right.

A buyer had just backed out, he was looking to invest, and this was one of the last downtown buildings that was on the market at the time.

The building needed a lot of work though. The three-story brick building was built in 1910, according to county tax records, before there were codes, and on top of that it had endured years of neglect. In another year, Johnson estimated, it would have had to be torn down.

The leaky roof ultimately needs to be completely replaced and some of the supporting beams also need to be replaced. , Before anything else happened though, the piles of debris left over from the previous owners, who had an antique shop and vintage clothing store, had to be cleaned out.

He hopes the building is part of a development model that brings new money, but maintains the city’s historic charm.

He doesn’t remember how many tons of refuse they took out of the building, but he said it became noticeably taller once it was cleared out, and noticeably easier to breathe.

“You shouldn’t [have] even entered the building if you didn’t have a respirator, you couldn’t breathe,” he said, talking about the mold from the soaked cloth that had been sitting in there for years.

Despite all that, he said he was not daunted when he toured the building.

“It didn’t scare me to walk inside even though it was quite atrocious,” he said “It basically looked like a dumping ground.”

There have been a lot of surprises along the way, which they expected, he said, and with each new surprise, the cost and the timeline have grown.

After thinking they could fix the current roof, half has already been replaced and the other half is being replaced entirely because of its condition. Maybe optimistically, Johnson said, he hopes to have it finished by the second week in March.

Once that is done they can start on the 22,000 square feet of the interior, which includes a fully finished basement.

“We’re going to be pushing the envelope, but the longer you allow things like this to sit around, it just doesn’t happen,” he said.

The water is the most pervasive damage to the building. On the bottom floor, parts of the floorboards have buckled so much that they look like wooden speed bumps, and parts of the ceiling have lost their tin coverings from water damage.

“It really makes you angry that [you can only] stand idly by,” he said looking at water leaking on the bottom floor.

He plans to repair the tin ceiling on the ground floor as much as possible, and has told the contractors working on the roof to save any salvageable wood so he can redo the wood floors with it.

“I want to keep as much of the original feel to it [as possible],” he said.

What he can salvage of the leftover furniture and the piles of books and magazines, he is hoping to find new homes for.

“[There’s] a never-ending supply of encyclopedias,” he said, pointing to several floor-to-ceiling full bookshelves on the second floor.

The single pane windows throughout the building will most likely have to be replaced, he said, (several have shattered from the wind), and depending on the businesses that move in he may change the storefront-style windows (he cannot see a restaurant wanting those), but other than that he intends to keep the character of the front unchanged.

To keep down the utility bills, which he called “abhorrent” for a building like this, he is looking at solar panels on the roof and a hydronic floor heating system.

“It’s a European thing but … I don’t know why we don’t do it here, it’s a better heating technology,” he said.

The building is a big personal investment, with only the help of a low-interest loan from the city to offset the cost, but Johnson sees it as his contribution to the community. He hopes it is part of a development model that brings in new money, but maintains the city’s historic charm.

“I want Port Jervis to be developed, but I don’t want it to be overdeveloped,” he said. “You should be able to improve things around you without tearing things down.”

He sees potential in attracting more tourists from New York City, but hopes it doesn’t become an overly-developed bedroom community for the city like Jersey City has become. Whatever businesses he puts in his building, he said, will be generic enough to attract tourists and locals alike.

He sees things looking up in the city, both from city government and new building owners like himself who are invested in the community. Like the painted letters on the front of his building, “The Best is Yet to Come.”