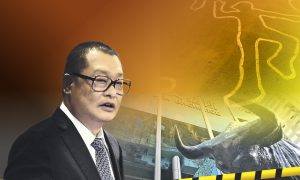 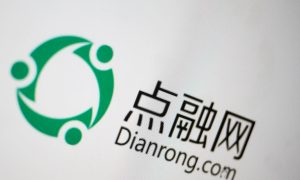 As previously reported by the Chinese language Epoch Times, Zhang and 43 of his colleagues were arrested in April last year for what the government said was criminal activities.

China’s state media said that the mafia-style criminal group China Create Capital Limited had been charged with illegally raising public funds for non-existent investment projects through its online peer-to-peer (P2P) lending platform “88 Wealth Network.” Zhang and his accomplices got rich from the P2P scheme by lending the investment funds out as high-interest loans, and then using violent means if necessary to recover interest payments from borrowers.

It was in October 2013 that “China Create” entered the internet finance industry and launched the online loan P2P platform “88 Wealth Network.” The platform was even invited to participate in China’s “Boao Forum for Asia” and the APEC Business Leaders Summit. At its peak, renowned Chinese pianist Lang Lang signed up to be its spokesperson. By 2015, the cumulative transaction volume of the platform exceeded 3 billion yuan ($441.2 million).

However, the good times did not last long.

In February 2017, “88 Wealth Network” was shut down amidst the wave of P2P collapses in mainland China. According to the official website of “88 Wealth Network,” the accumulated investments as of December 2018 stood at around 8.494 billion yuan ($1.3 billion), while the accumulated payments to the lenders stood at around 4.94 billion yuan ($726.6 million).

According to public data, Zhang, 47, was a former People’s Liberation Army soldier and worked as a security guard. He was later favored by a senior Communist Party official in Shenzhen after which he began to develop his business. He quickly built a tens of billions of dollar business empire.

According to China’s finance media outlet Caixin, Zhang had a good personal relationship with Li Huanan—the former deputy secretary of the Chinese Communist Party’s (CCP) Shenzhen Municipal Committee and secretary of the Shenzhen Political and Legal Committee—who was removed and arrested for corruption and other crimes in October 2018.

Caixin reported that Li’s son was involved in the investment business in Shenzhen, and may have partnered with Zhang. The two had illicit transactions, amounting to tens of millions of yuan.

Li is named on the investigation list published by the “World Organization to Investigate the Persecution of Falun Gong” for his active involvement in the CCP’s persecution of the Chinese spiritual practice.