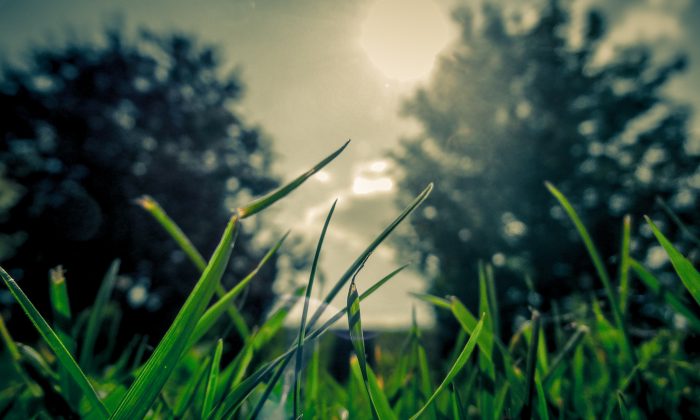 A Pennsylvania woman faces animal cruelty charges after allegedly leaving her dog out in extreme heat, leading to its death.

A one-year-old pit bull named Diesel, owned by 27-year-old Leighann Pomplas, of Fayette City, died on June 28 after being left for hours in high temperatures with almost no food and water and no shelter, WPXI reported.

Police cited in the report said witnesses said the dog was left outside for around seven hours.

Police officer Christina Good was cited by TribLive as saying a concerned neighbor called 911 to report the dog “was lying in the yard and appeared deceased.”

Good reported that when she responded to the scene, the dog was tied to a chain in the backyard and no longer breathing.

“I observed the animal’s mouth clenched shut, along with his front and back paws pointing in the air. I also observed there was no shelter, food, or water (for the dog),” Good wrote in a report cited by TribLive.

Pomplas faces charges of aggravated animal cruelty, cruelty to animals, and neglect, according to TribLive. The charges were filed on Tuesday, July 9, following an investigation.

In an interview with WPXI, Pomplas disputed the time the dog was outside in the extreme heat.

“I mean, he was only out for approximately, like, three hours and I came back out and I had a gallon of water to give him more water and I thought he was laying down and I walked over and he was dead,” she said, according to the report.

Pomplas insisted she is innocent, saying, “We took amazing care of our dog, he wasn’t just a dog, he was our family pet.”

WPXI reporter Melanie Marsalko posted the story on social media, writing, “Witnesses told police he was left with little to no water, little food, and no shelter.”

“Temperatures were reaching 90 that day, and his owner is now being charged with felony animal cruelty charges.”

“Shame on anyone and everyone who stood by and did nothing,” one person wrote, adding: “For they are complicit in the inhumane death of this innocent creature. For minding their business. At the cost of a precious life.”

“He was obviously NOT WELL CARED FOR,” commented another.

From Victim to Mascot for Animal Cruelty

A dog that was the victim of cruel treatment in 2015 at the hands of someone who sealed its muzzle shut with tape has now become a mascot for animal cruelty awareness.

On May 27, 2015, shocking images emerged of a chocolate-brown bull terrier-mix named Caitlyn, suffering from injuries and a visibly swollen muzzle that had been bound by electrical tape.

Caitlyn’s former owner had taped her mouth shut to stop her from barking, according to ABC News. Rescuers predicted that she had endured such mistreatment for up to 48 hours.

The Charleston Animal Society took her in, and donations flooded in to help finance Caitlyn’s jaw reconstruction surgery.

Today we seek JUSTICE for CAITLYN the Dog! Please send us your positive energy and prayers as we journey to the capital…

Today, the dog is in a forever home, adopted by a former prosecutor who led the case against its abuser.

“I really formed a good connection with her,” Ted Corvey recalled, speaking to ABCNews4, “so that got me really emotionally invested in the case. From there, we just started preparing it for trial.”

William Leonard Dodson, the man who abused Caitlyn, pleaded guilty in August of 2015.

Caitlyn the dog thanks Assistant Solicitor Ted Corvey for sticking with her case for almost two years and for getting the maximum sentence for her abuser! #JusticeforCaitlyn #IamCaitlyn #adoptatcas

Caitlyn will wear a significant scar on her muzzle for the rest of her life, a reminder of the abuse she endured.

#Caitlyn Update Charleston Animal SocietyCaitlyn is a SUPERDOG!Caitlyn was busy this week acting as an AMBASSADOG for…

Corvey said the brave dog’s story provoked a huge response from outraged citizens and animal welfare advocates. He added that Caitlyn has also become something of a local celebrity.

“People recognize her pretty often,” Corvey told ABC. “It will start with, ‘ooh I wonder if that’s Caitlyn,’ and then they come over and ask.”

Dubbed an “Ambassadog,” Caitlyn has featured in newspapers, magazines, websites, and TV shows as a mascot for improving animal welfare.

We are live at the charleston county courthouse after #Caitlyn sentencing hearing! #IamCaitlyn #JusticeforCaitlyn #adoptatcas

Corvey hopes Caitlyn’s story will continue to inspire and serve to raise awareness in the ongoing fight against animal cruelty.